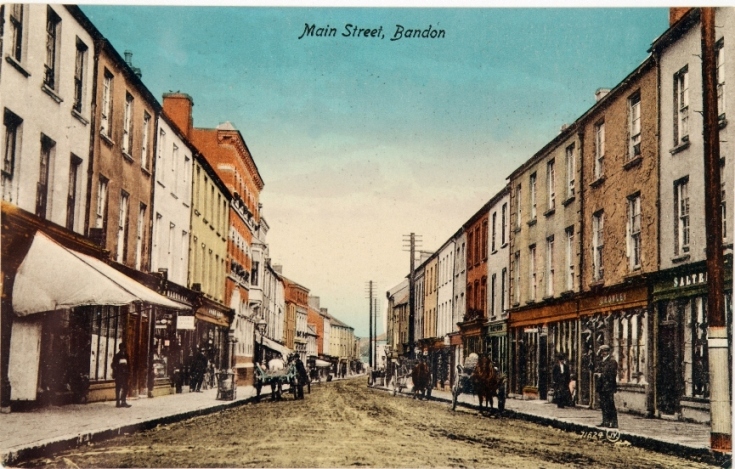 Last week I mentioned Richard Boyle (1566-1643), the first Earl of Cork, and his interest in creating industrial complexes such as ironworks and associated plantation settlements. His main estates were in counties Cork and Waterford but he also owned significant property in county Kerry, including lands in the baronies of Corkaguiny and Dunkerron South. In the early seventeenth century maps of Munster, some of the key settlements which Boyle was involved in creating appear. In time, many of these developed into well loved and beautiful County Cork towns – for example Bandon and Clonakilty – both of which underpin West Cork’s regional heritage and identity.

Professor Pat O’Flanagan’s Historic Town Atlas of Bandon relates that Boyle had an involvement in Bandon, in perhaps what could be described as its second phase of development. Bandon derives its name from the erection of a bridge over the river Bandon, and owes its origin to the English planters on the great Desmond forfeitures in the reign of Elizabeth. In 1609, James I granted to Henry Beecher the privilege of a Saturday market and two fairs at the town. Power was given to him and his heirs to appoint a clerk of the market in the newly erected town of Bandon-Bridge, or in any other town within the territory, with the privilege of licensing all tradesmen and artisans settling in them.

The grants were shortly afterwards purchased by Richard Boyle the first Earl of Cork, whose efforts in promoting the town’s growth and prosperity led him to rewrite history as such and to be regarded as the founder of the town. He peopled it with a colony of Protestant merchants from Bristol and established iron-smelting and linen-weaving industries, all of which in a few short years flourished and increased in extent and importance. The manufacture of camlets, stuffs, and other woollen goods prevailed in Bandon to the close of the close of the eighteenth century and the beginning of the nineteenth century, and was succeeded by the spinning and weaving of cotton, which continued to flourish till 1825. Spinning-mills were then erected on a large scale, and more than 1000 people were employed in weaving, Both branches of industry diminished, in so much as the mills became less busy and not more than 100 weavers were employed as the mid nineteenth century progressed.

In the early seventeenth century, Bandon was under continuous attack by dispossessed Irish native families such as the O’Mahony’s. Subsequently, in 1620 Richard Boyle began the construction of a wall around the town. The wall took approximately five years to build and enclosed an area of 27 acres. Much of the walls were nine feet thick and varied in height from thirty to fifty feet. There were six round towers with additional defences provided by cannon. The river openings were protected by iron flood gates and fences. The gates were built within an archway capable of allowing the tallest cart-load to pass through. They were imposing portals and strengthened with portcullises. The bridge was built of stone and consisted of six arches. Within the walls Boyle built 250 houses. There were also three urban tower houses.

Nearby the town of Clonakilty was formally founded in 1613 by Richard Boyle when he received a charter from King James I. It appears to have replaced the nearby medieval settlement of Kilgarriff as the focus for urban development. Boyle was constituted lord of the town, with power to appoint several of the officers and to a certain extent to superintend the affairs of the corporation, which was to consist of a sovereign and not less than 13 nor more than 24 burgesses. The sovereign was annually elected by the lord of the town out of three burgesses chosen by the corporation, and the recorder was also appointed by him. The charter conferred the right of sending two members to the Irish parliament, which it continued to exercise till the Act of Union. He settled 100 English families here. Established as a market town it was engaged chiefly in the manufacture of linen and cotton through its elaborate mills. Breweries were developed in the eighteenth century and corn and potatoes were exported to Cork. The present town was largely laid out in the period 1788-1840.

Samuel Lewis in his Topographical Dictionary of Ireland describes Boyle’s legacy of sorts in Clonakilty in 1837; “The staple trade of the town was linen manufacture, which furnished employment to 400 looms and 1000 persons, who manufactured to the amount of £250 or £300 weekly. The cotton-manufacture also employed about 40 looms. A spacious linen-hall had been built some years previous by the Earl of Shannon…The corn trade was carried on chiefly by agents for the Cork merchants, who shipped it there and received coal as a return cargo”. In 1837, Lewis described that there were 14 lighters or boats of “17 tons burden each” regularly employed in raising and conveying sand to be used in the neighbourhood as manure. The nearby harbour was only fit for use for small vessels, the channel was extremely narrow and dangerous, and had at its entrance a sand bar, over which vessels above 100 tons could only pass at high spring tides. Large vessels, therefore, discharged their cargoes at the warehouses at Ring, about a mile below the town, the ruins of which still can be seen today. 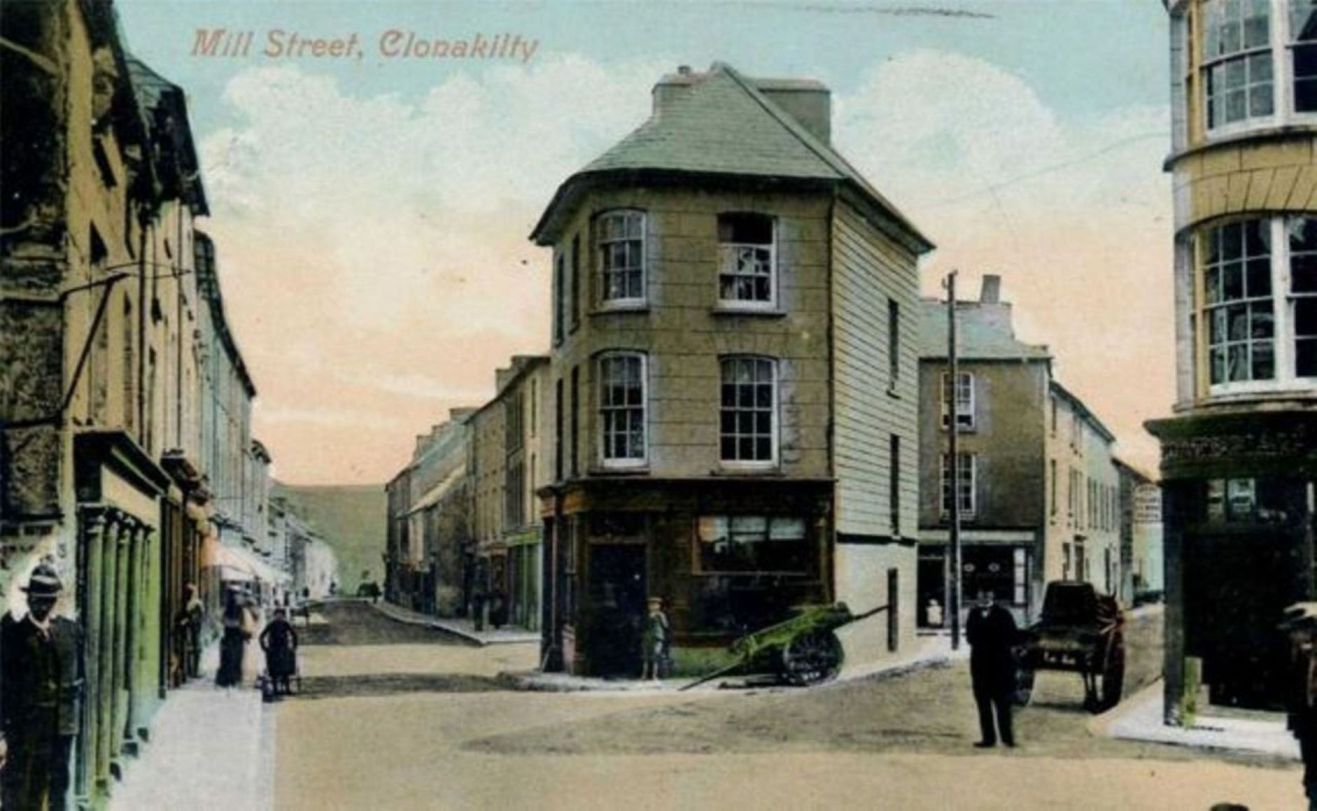