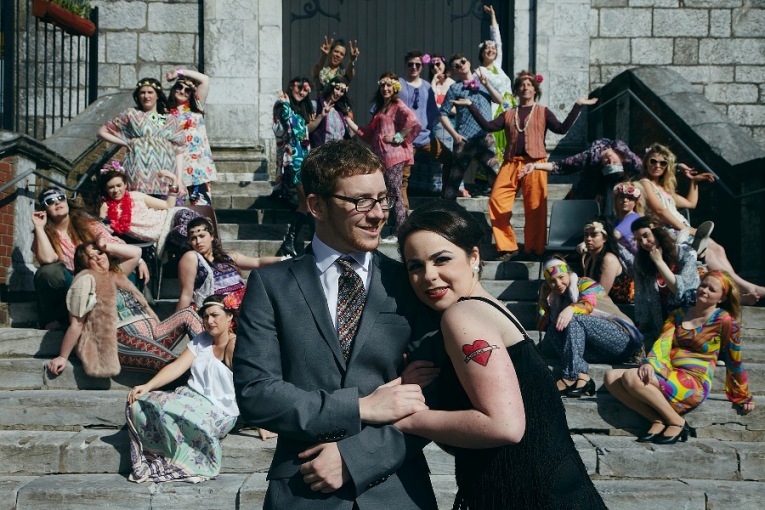 Sweet Charity at the Firkin Crane

Diving into directing Sweet Charity, the musical at the Firkin Crane (4-7 June) has brought enormous and exciting challenges. It goes without saying that a rich vein of musicality runs underneath our city. Cork’s DNA embraces the promotion and development of music as an artistic discipline to be developed and one that brings a community together to engage with it and appreciate it. The city in musical theatre terms is particularly blessed by several stage schools, small and large, who promote amongst our young people creativity, skill development, education, performance, community building and audience development, and the charity of sharing their craft, amongst other important traits.

Building an amateur musical society in our city is inspired by many elements – the work of schools such as CADA and Montforts (and others) under great school directors such as Catherine Mahon Buckley and Trevor Ryan, those who teach and thread the boards in the warren of rooms of the Firkin Crane, the work of the Cork School of Music, Cork Opera House and the Everyman Palace and musicians and directors such as the late Bryan Flynn, John O’Connor, Joe C Walsh and John O’Brien, to name a few, whose work I admire. All have engaged with drama, various musical genres, musical theatre and all forms of opera in bringing to the Cork masses high levels of entertainment which the city can be proud of and all add to the canon of Cork being an ongoing European Capital of Culture. Such personalities and more have done so much for music and drama education over many years in our city. It is amazing what has been created on the dark canvasses of Cork stages. For my part, over the years I have been inspired by the latter individuals and schools.

Amateur musical societies are multiple in nature up and down the country. All bring their local communities together under a volunteer and charity umbrella – collaborating and bringing people together to create an outlet for people and to put drama, music and all ultimately form a key cultural vein within towns and villages. Fermoy, just a few miles to the north of our fair city, can boast 90 years of musical theatre shows and is the oldest society in the country. Macroom has also fared well through the past number of years. Meanwhile Cork has had many starts and stops over the last few decades.

The creation of an amateur musical society brings together many strands but in particular focuses on the aspect of community building and the promotion of musical theatre amongst adults and the idea of inclusivity and self- development for all who wish to engage with it. Establishing a society, producing and funding a musical, and building an audience has brought its own adventures. The road to-date has brought challenges and inspiration plus the innate power in these.

The idea of bringing ideas and people together and charity of heart also pervades our first musical. I chose Sweet Charity for a multitude of reasons, not least for some of Cy Coleman’s well known numbers such as Big Spender and Rhythm of Life but also for its story. I am a firm believer that everyone has a story to tell. Sweet Charity in the opening sequence presents ‘the story of a girl who wanted to be loved’ – such a sentiment can be applied to all of us and not just Charity. Indeed fitting in, finding oneself, wanting to belong to something pervades all our lives, which makes Charity’s adventures universal in their themes. She wears her heart on sleeve but for all that Charity is a tough cookie and as the song at the end of act one declares, she is the “bravest individual” that the male lead character of Oscar has ever seen. We as an audience get to spend time with this brave individual as she negotiates the advice of her friends, goes off on tangents and contemplates the questions and actions of the quirky characters who she encounters in the various scenes along the way. Dorothy’s Cross’s book and script allows us to access Charity’s thought processes and questions on life. Bob Fosse’s choreography allows us to see the rigid and fun sides of characters as he moves the narrative onwards through the various scenes. His “machine”, amongst other ideas, allows us to contemplate the 1960s industrial age and the universal machinations and the rigidity of many people’s lives.

Building this piece of work brought together many collaborators. I am particularly indebted to Paul McCarthy and Ann Rea of the Firkin Crane; it is the Firkin Crane with whom this production is a part fundraiser for. David O’Sullivan, our musical director has brought the sweeping jazz and sassy score alive whilst Aileen Coffey has framed Bob Fosse’s choreography whilst bringing her own mark in reframing the power of dance and storytelling. I am also indebted to a very hard working cast and Yvonne Coughlan (production manager) for her professionalism and insights. I have a long thanks list on the programme for Sweet Charity. Come along to the Firkin Crane, Shandon, support Cork City Musical Society, 4-7 June, 8pm, tickets (e.20) from the office at 0214507487 or www.firkincrane.ie.

794b. Charity played by Shannon Hurley and Helene played by Angela Newman, part of the Sweet Charity cast 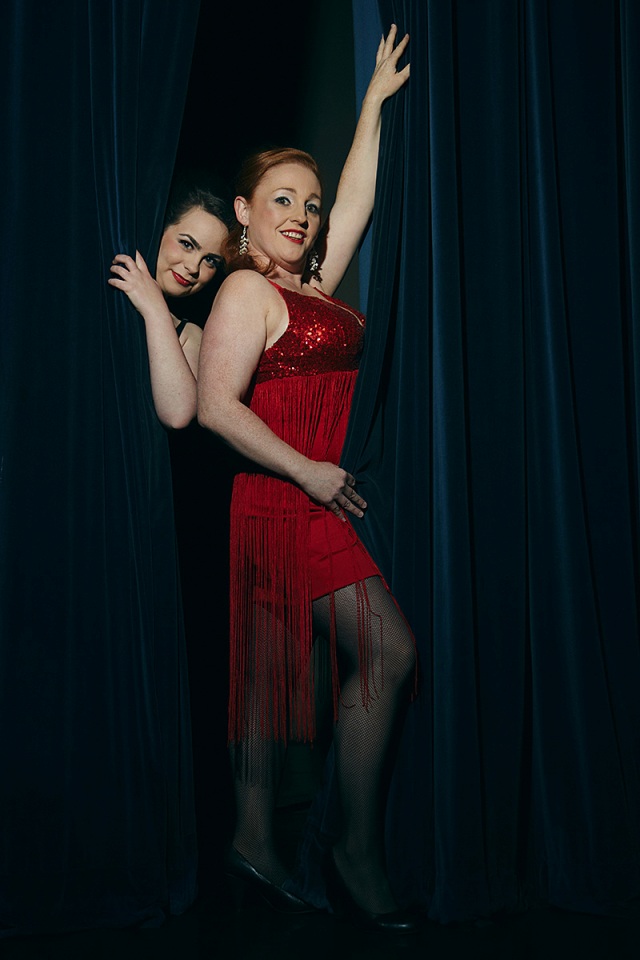