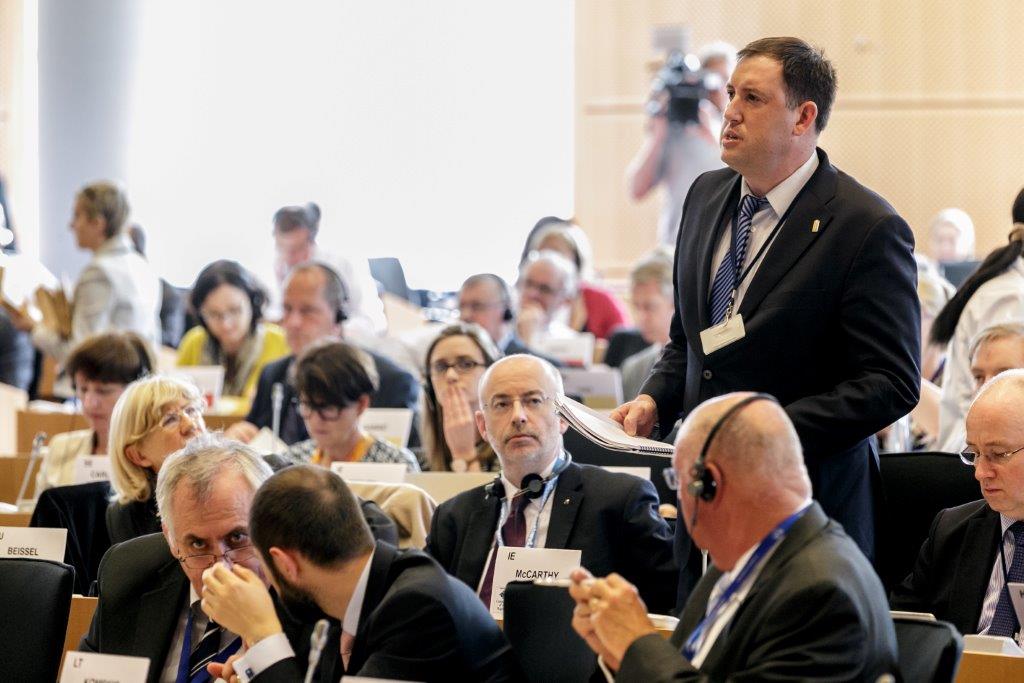 Cllr Kieran McCarthy calls for fair geographical distribution in the Investment Plan and focus on small scale projects
Local and regional politicians from across Europe last week presented their proposals to improve the € 315bn EU Investment Plan launched by the European Commission. The European Committee of the Regions (CoR) adopted its position on the EU regulation of the European Fund for Strategic Investments (EFSI), established by the Plan.
Independent Cork City Councillor Cllr Kieran McCarthy participated in the lively debate and highlighted the importance of reaching out all regions and ensure the funds are also directed to small regions and small scale projects.  In this respect he calls for the CoR to be involved in the governance process of the Fund to ensure fair distribution of investments.
Finally he urges the European Commission to clarify how the investment plan will impact on local communities given that the investors control most of the funds and the success of the Juncker Plan heavily dependent on their finance. There needs to be a mechanism to ensure real delivery of clear added value projects for citizens.
The Committee of the Regions
The European Committee of the Regions is the EU’s assembly of regional and local representatives from all 28 Member States. Created in 1994 following the signing of the Maastricht Treaty, its mission is to involve regional and local authorities in the EU’s decision-making process and to inform them about EU policies. The European Parliament, the Council and the European Commission consult the Committee in policy areas affecting regions and cities.  There are 9 Irish members in the Committee of the Regions