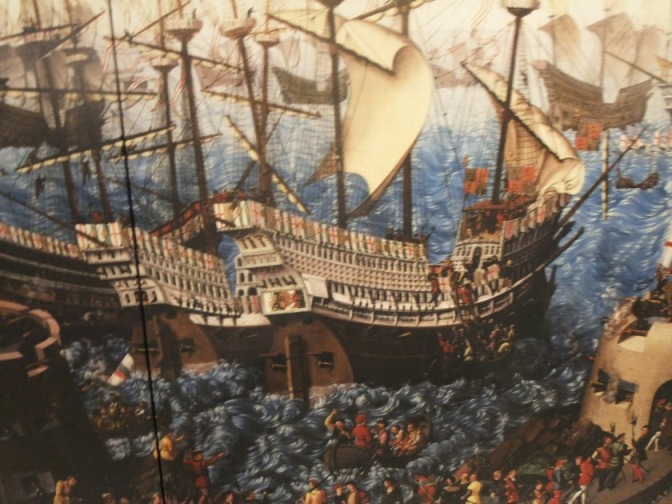 Living on the Tides

George Carew in his Map of Cork, c.1600 gives a representational focus on Tudor style ships. To the viewer of Carew map, they are meant to be symbolic of a strong empire and a well protected port such as Cork. For all intensive purposes they were floating fortresses. They were highly structured communities, large in population numbers, under a chain of command. Large numbers worked and lived on such small structures under the command of officers. Dependent on the tides and winds, these ships were part of a wider maritime identity that defended the islands of Great Britain and Ireland from attack. They were always on standby to protect and defend.

There is no evidence that the early sixteenth century Tudor ship the Mary Rose (discussed last week) ever arrived into Cork. Its example does shine a light on the communities who worked on the open seas and how these seas were the highways of their day, which connected the north-western European cities together. The findings during excavation and research of the Mary Rose provide insights into the workings of a ship’s community. Apart from almost half a ship, approximately 19,000 artifacts have been recovered from the wreck site. Excavations of the 1545 wreck have also found the personal remains of many of the crew members. The information I supply here can be found in the special museum created around the ghostly and ruinous ship wreck in Portsmouth.

Records say that the ship carried 200 mariners, 185 soldiers, 30 gunners and the officers. Everyone on board the Mary Rose was male. She also carried the captain, and his attendants, a master, a pilot, a purser, a surgeon and his assistant, and carpenters. There may have been over 500 men on board when the ship sunk. Of these no more than 35 survived. Of the 500 men, only three of their names are known – a Sir George Carew (not Cork’s map maker) who was the Captain and the king’s vice admiral. The pieces of a fine set of pewter tableware are all marked with the initials ‘GC’. Roger Grenville was on board, probably commanding a group of soldiers. The cook may have been called NY Coep.

Below decks, it was cold in the winter and stiflingly hot in summer. All year round, it was damp, with a strong smell of tar, stagnant water and sweating unwashed men. For the most part it was also dark. On the main deck, the only light came from openings in the centre of the deck, from ventilating hatches above each gun, or from the gun ports when the lids were open. Otherwise light came only from candles. Officers and professional men like the Master Carpenter and the pilot slept in cabins. The crew had only the hand deck. Only some elite soldiers may have had uniforms, the rest wore their own clothes. Not all of the men had a change of clothing, so if it was stormy or raining when they were on the open decks or in the rigging, it would be a long time before they could get dry. On the excavation, they found no evidence of toilets. Studies of the skeletal remains of at least 179 individuals revealed that most of the men were in their 20s. The youngest was around ten years old and the oldest over 40. On average the men were 1.71 metres tall, only slightly smaller than Irish and UK men today.

The compasses from the Mary Rose are the earliest known steering compasses on gimbals – pivots – in the Western world. Each sat in a case suspended on gimbals, which allowed the compass needle to stay level whatever the motion of the ship. The gimbals were made of brass strips so they did not affect the magnetised iron needle. The needle was fixed underneath a card marked with the points of the compass, so that both the card and needle moved when the ship changed direction. The sixteenth century saw tremendous advances in the science of navigation. Seamen had evolved rule of thumb methods of using the sun, stars and moon for direction finding since time out of mind, but now the scholar and the pilot were to work in unison in Portugal. The pilot was taught to use instruments and it is interesting to note that Sir Francis Drake used Portuguese pilots.

The Mary Rose carried both wrought iron guns and bronze guns – products of two very different methods of manufacture. Wrought iron guns could be made in any village blacksmith’s forge by heating, hammering and welding. Bronze guns had to be made in special foundries, where up to three tons of molten metal were poured in a single casting. Bronze guns were much more efficient and could fire their shot much further than wrought iron guns. But the copper needed to make the Bronze was very expensive and Henry encouraged attempts to mass produce small guns cast in iron. In the first decade of his reign, Henry encouraged continental gun founders to open workshops in London. All were decorated with a royal emblem, a metaphor of an empire. 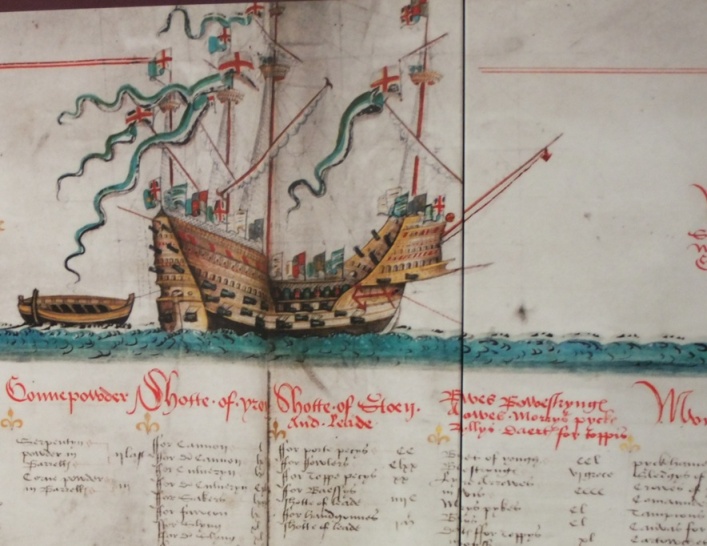 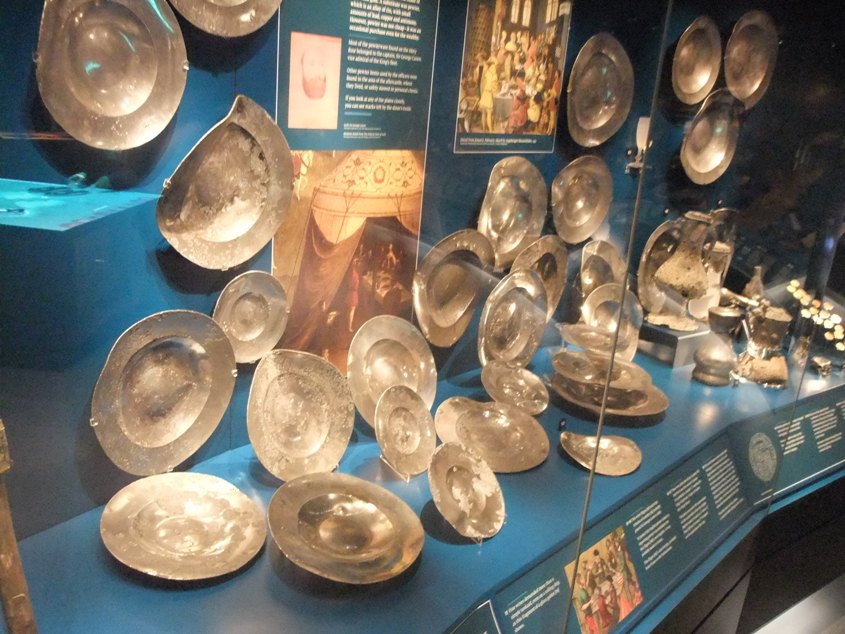