If Cork’s maritime connections in medieval times created financial profit and a basis for a settlement, the idea of Cork as a civilised place, a civitas, or a social body of the citizens united by law, was as important. The last few weeks, the column looked at Bordeaux, Lisbon and Southampton to try and tease out an idea that places such as Cork developed in the context of larger maritime traditions and collective ideas of how to be an urban entity. The granting of charters also influenced the walled town’s progressive nature as part of the Anglo-Norman colony. Charters wove new rules and regulations, bye-laws in one sense, for citizens to follow.

Between the years 1185 and 1900, Cork received no less than seventeen charters. These official records were legally binding. Many were reactions to what was going on within the wider Anglo-Norman colonies at a point in time. The politics, ambitions and interests of various kings who aspired to advance aspects of his governance were also significant. Many encompassed laws that were also brought to bear on other English settlements. In medieval times charters encompassed ideas of controlling those who lived within fortresses such as Cork. Cork charters influenced laws to improve the town walls, augment powers of mayors, carve up living space within the town, make new trading laws and establish new taxation laws. All tried as well to ease tensions amongst citizens, who felt disillusioned with the elite and other reckonings such as the deals struck with Gaelic Irish families to keep them in check. Many of the concessions embodied in these charters contributed in no small measure to build up the confidence and the identity of the city.

The first Charter granted to the town of Cork appears to have been one from Prince John in the year 1185. It was his brother Richard (the Lionheart) who sent him to Ireland to rule, whilst he was pursuing the Crusades. In time to keep his French barons from rebelling, John increased taxes in the territories he ruled and signed the Magna Carta in 1215 to keep his English barons happy. The 1185 granted to the citizens of Cork gave the same free laws and free customs as the citizens of Bristol enjoyed. It confirmed to the citizens of Cork all their enclosures of land to them and their heirs being entitled to free laws and customs as well. The walled town was to have as part of its functions, that of a fortress. In the early days of the Anglo Norman colony in Ireland, the interest was in securing the land won.

The next charter was granted by Henry III, dated 2 January, 1242, which focussed on raising taxation from citizens. Twelve years previously, in 1230, the King had attempted to re-conquer the provinces of France that had once belonged to his father, but the invasion was a debacle. In a fresh attempt to reclaim his family’s lands in France, he invaded Poitou in 1242, leading to the disastrous Battle of Taillebourg. All these campaigns cost money – hence unpopular taxes were raised across many towns and feudal estates. The Cork charter of 1242 granted to the citizens the right to hold the City of Cork with its holdings in fee farm, at a rent of four score marks, to be paid annually at the Exchequer. It further granted that citizens and their heirs could have all the duties on wine and the money arising from them providing a certified document was created showing that shippers did pay their dues. The taxation net also encompassed nearby creeks and strands. There was special provision made for some citizens who did not have to pay tolls, customs and for quay space. The head of the Corporation is in this charter is described as the “Provost”.

A series of other confirmatory charters followed – Edward I, dated 12 June, 1291. Edward I’s charter dated 13 October, 1303 granted murage grants or grants towards defences to the “bailiffs and men of Cork” for a period of six years. The same grant was given to other towns in Ireland for a similar time. Edward I, nicknamed “Longshanks” due to his great height and stature, was one of the most successful of the medieval monarchs. Edward made great strides in reforming government, consolidating territory, and defining foreign policy. He negotiated a peace with France in 1303 and retained those areas that England held before the war. He introduced a Parliament in Dublin and increased commerce in a few coastal towns, but most of the country was controlled by independent barons or Celtic tribal chieftains. Hence defences were important – hence why Cork’s walls and the walls of other towns were granted funding.

Eroded by the tide and by the run of the river, the walls of Cork would have had to be regularly maintained by the city’s stone masons. The recent excavation book on South Gate Bridge carpark (edited by Maurice Hurley and Ciara Brett) revealed the base of a random rubble town wall construction on timber beams and compacted sand and gravel sitting balanced into the underlining swamp. There were disparities in the fabric of the wall found implying a considerable amount of rebuilding of the upper coarses of the wall.

780b. Effigy on tomb of Henry III in Westminster Abbey 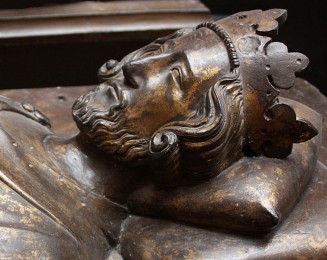 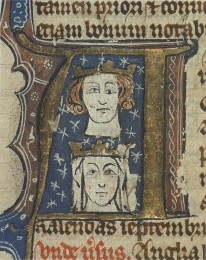