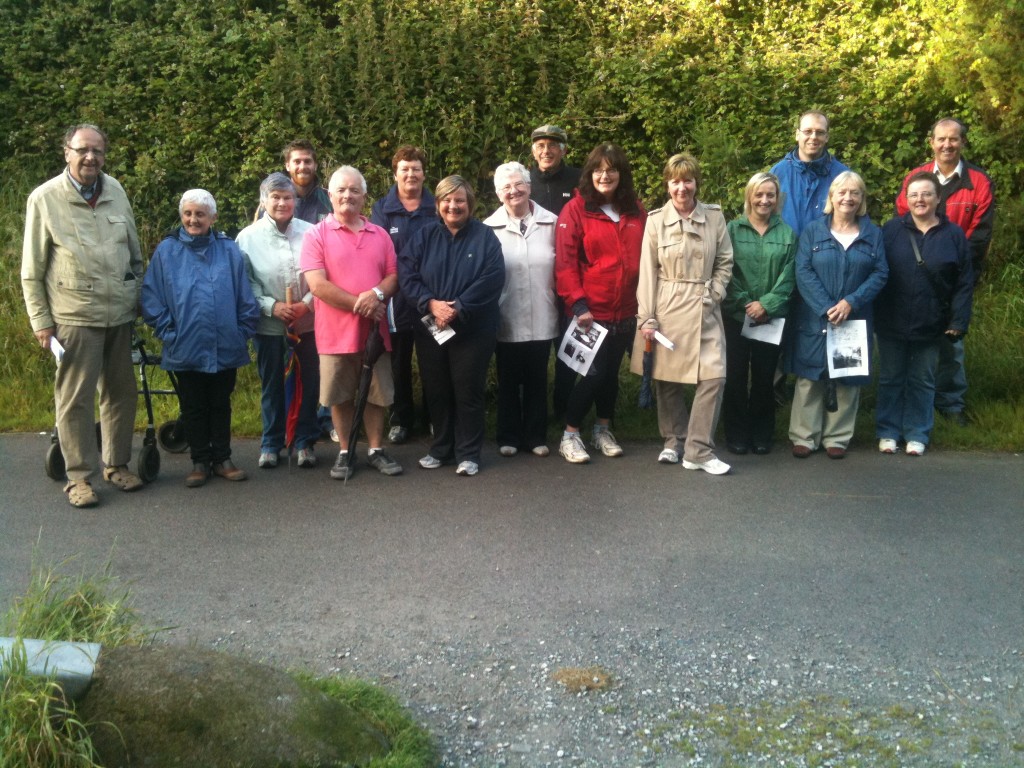 Thanks to those who supported the Cork Blackrock and Passage Railway Line historical walking tour this evening!

The greatest of the Passage industries were the Dockyards. There were two dockyards.

Sir John Benjamin MacNeill, the engineer of the Cork Blackrock and Passage Railway, was appointed engineer-in-chief to many projects in Ireland including plans for 800 miles of railway. His railway works include the Boyne Viaduct, the Craigmore viaduct and the Cork railway tunnel. In 1855, he helped survey part of a route for a railway line linking Europe to India, participating in an expedition to the valley of the River Euphrates.

On Tuesday 15 June 1847, Lady Deane turned the first sod on the line. The Band of the 67th Regiment, then solemnly played God Save the Queen”. The guns saluted and the official party retired to Dundanion House for a banquet.

Mr. William Dargan was involved in building the final section of the line between Toureen Strand and the Steam packet Quay at Passage (had been involved in the construction of Cork and Mallow line). William, through his company, built dry docks, reclaimed land, improved harbours, pioneered the development of the seaside resort of Bray in County Wicklow, and was a major investor in Irish industries. He financed and organised the Dublin Exhibition of 1853.

The line opened for public service on Saturday 8 June 1850. The traffic was enormous over the first weekend. 6,000 people were carried on the Sunday.  One train carried 460 people.

The initial service was to be operated by John Dawson of the Phibsborough Coach Works, Dublin – and operated on a basis of 100 miles per day at 2 shillings per mile.

The initial train service consisted of 10 trains each way with – eventually eight each way on weekdays and nine on Sundays. The first class fare was six pence, second class was four pence and a third class fare was later introduced.

Trains from Cork left on the hour while corresponding workings departed Passage at half-past the hour.

The rail line was served by three small 2-2-2 well tanks, which remained in service for 50 years. They were built by the Sharp brothers and were delivered in 1850 and were named 1,2 & 3.

The terminus on the Cork side was originally on Victoria Road where it meets Albert Quay.

In 1868 with the draining of Monarea marshes, this removed a 1 ½ mile section of the Cork Blackrock & Passage Railway line between City Park Station and the western end of the Marina. Hence a new terminus was developed at Albert Street.  Cork Corporation bore the cost of the track and the new station opened 6 February 1873.

Competition from buses and financial losses closed the 82 year old line on 10 December 1932.