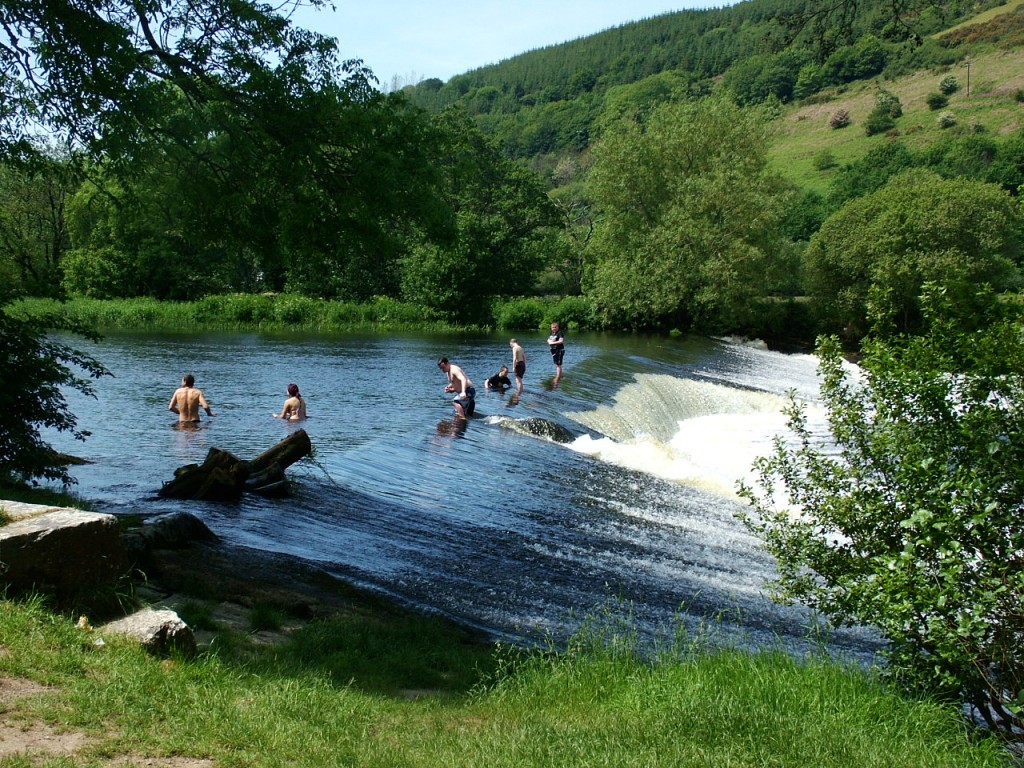 Beyond the High Wall

In the early nineteenth century, Ballincollig was one of three principal Royal Gunpowder Mills in the United Kingdom of Great Britain and Ireland. The other mills were at Waltham Abbey in Essex and Faversham in Kent. However, the mills at Ballincollig were constructed much later (1794) than the latter and hence the County Cork site was based on existing plans and technologies that had developed over many centuries.

Documentary evidence shows that gunpowder was produced in the Waltham Abbey area from at least the seventeenth century.  Later the Waltham Abbey site became the leading English producer. The Faversham site was started as a private enterprise in 1653. In 1760 this site and a later site nearby were bought by the British Government. After the Napoleonic Wars the Westminster Government sold off all three Faversham sites. Without Faversham gunpowder, Britain’s industrial revolution could never have taken place. It was used to blast routes for canals and railways and to quarry stone needed for bridges and other structures.

In Ballincollig a high stone wall enclosed 431 acres across which were various structures of buildings in which the various ingredients of gunpowder were made or mixed. The end result was a volatile product used to advance the British Empire from blasting rocks in mines to aiming to kill people on Britain’s international battlefields.

Waltham Abbey, Faversham and Ballincollig gunpowder mills were serious production centres. They responded successfully in volume and quality to the massive increases in demand which arose over the period of the French Revolutionary and Napoleonic Wars from 1789, culminating in the English victory at Waterloo in Belgium in 1815.  England’s war with France created an economic boom from many provisions regions like Cork benefitted from. In Cork Harbour the imperial navy established a large arsenal on Haulbowline Island and a naval dockyard was built. Martello towers were also erected in Cork Harbour offering the Navy protection. Ballincollig benefitted from large scale employment in the mills, investment in the regional roads infrastructure and the growth of the settlement of Ballincollig ensued.

In 1810, an army barracks was built in Ballincollig to protect the supply of gunpowder. The outer perimeter stone walls extended from the eastern gate of the mills to Inniscarra Bridge. Ballincollig Barracks was located to the northern side of the Main Street in Ballincollig town centre. In the years following the end of the Napoleonic Wars the mills entered a period of quiet with a steep decline in staff numbers and production levels.

In 1834, the Board of Ordnance sold the Gunpowder Mills to the Tobins, a Liverpool family. In the same year, Thomas Tobin married Catherine Ellis in 1835 and they moved into Charles Henry Leslie’s former house. Catherine was an avid painter so Thomas built an Oriel or a recess with a polygonal window built out from a wall. From this time on, the house became more affectionately known as Oriel House (now a hotel). The mills had lain derelict for 20 years before that.

By the year 1837, Samuel Lewis in his Topographical Dictionary of Ireland described Ballincollig as a place chiefly distinguished as a military depot. He highlighted the extensive gunpowder-mills, formerly carried on under the superintendence of Government. Lewis mentioned the purchase by the Tobins and the return to full operation of the mills. The army barracks contained accommodation for eighteen officers and 242 non-commissioned officers and privates. In the centre of the quadrangle, there were eight gun sheds and near them were the stables and offices. Within the walls was a large and commodious school room. The police depot for the province of Munster was situated here and the men were drilled till they were deemed ‘efficient’ and were then drafted off to the different stations in the province.

Samuel Lewis wrote about the artillery barracks forming an extensive quadrangular pile of buildings. In the eastern range were the officers’ apartments. On the western side stood a hospital and a neat church, built in 1814, in which service was regularly performed by a resident chaplain. There was also a Roman Catholic chapel. The buildings contained accommodation for 18 officers and 242 non-commissioned officers and privates. They were adapted to receive eight field batteries; though at the time of Lewis’ survey only one was stationed here, to which were attached 95 men and 44 horses. In the centre of the quadrangle eight gun sheds were placed in two parallel lines, and near them were the stables and offices. Within the walls a large and commodious school-room was also located.

Immediately adjoining the barracks and occupying a space of nearly four miles in extent were the gunpowder mills. At convenient distances were placed the different establishments for granulating and drying the gunpowder, making charcoal, refining sulphur and saltpetre, making casks and hoops and the various machinery connected with the works.

At a considerable distance from the mills were two ranges of comfortable cottages for a portion of the work-people, tenanted by 54 families, According to Samuel Lewis, the number of persons employed was about 200 and the quantity of gunpowder manufactured annually was about 16,000 barrels.

525a. At the gates to Ballincollig Regional Park, winter 2006, on tour with Jenny Webb, local historian 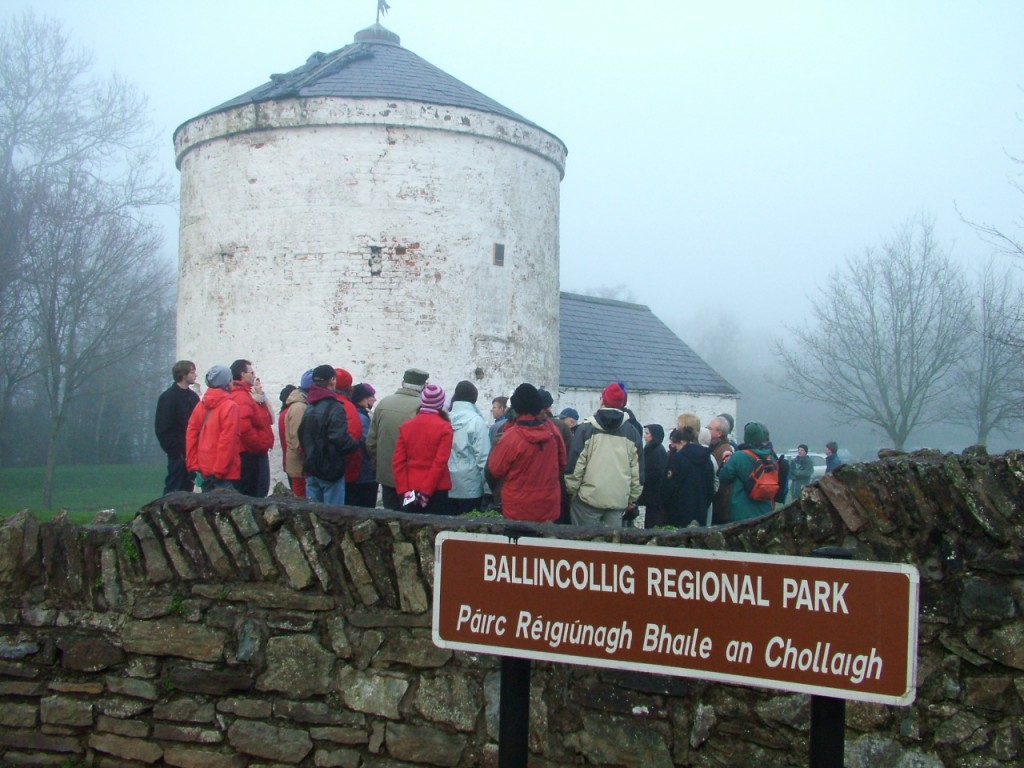