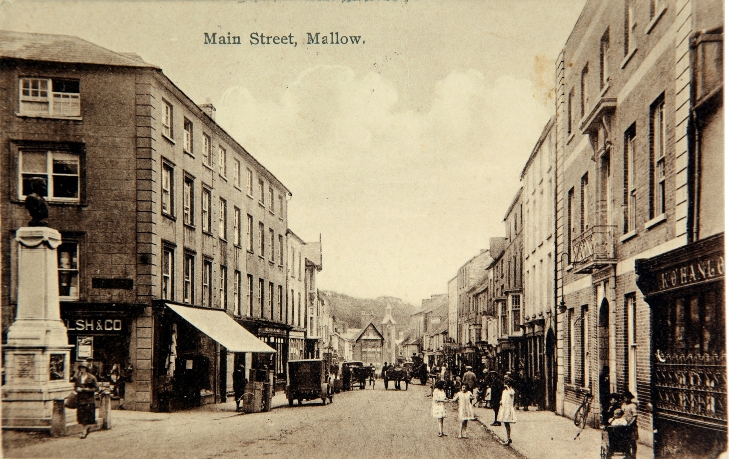 Continuing on from last week, an inquisition taken in the year 1611 reveals more information about the nature of early seventeenth century Mallow and the principal landowners. There were several who leased lands within the Jephson manor including the Hydes, Spensers (see last week), Cuffes, and Audleys. To fulfil the plantation of this area of North Cork, they all would have built their own fortified house as such on these lands.

Apart from Mallow Castle, another structure called Castle Garr or Short Castle was located on the northern side of the Mallow hamlet. It was the residence of Richard Aldworth with 300 acres in fee farm from the Jephsons. The Aldworth family originated in Berkshire, England, from whence Richard Alworth moved to Ireland at the time of Queen Elizabeth’s Irish wars. An Aldworth photograph album is kept in Cork City and County Archives. The legal document with the reference U2/2 includes a Pedigree of the Aldworths since their coming into Ireland. The first Richard got the estate of Short Castle, near Mallow, forfeited by the Earl of Desmond. His grandson, Sir Richard (d.1629), was appointed Provost Marshall of Munster, and married a daughter of Richard Boyle, Earl of Cork. The family was granted lands formerly owned by the MacAuliffe clan, including the Manor of Newmarket. There are letters patent from Charles I in 1639 renewing the grant. Newmarket House became the family seat, and many family members are buried in Trinity Church, Newmarket. Colonel Richard Aldworth married Elizabeth St Leger, daughter of Lord Doneraile by whom the Doneraile Estate and Title came into the family in the person of St Leger Aldworth his second son. Elizabeth (d.1775) is thought to have been the only woman ever admitted to the Masonic order.

Historian Dr John F Berry wrote an extensive article, published way back in 1906, on the history of Mallow Castle estate in the Journal of the Cork Historical and Archaeological Society. In this article, he draws on and attempts to translate calendar state and other parliamentary papers to recreate the importance of the Mallow plantation. He records how small and large English communities worked together to made the Munster plantation project work. Some of his place names may not be the exact spelling of present day townlands and some places may have been subsumed by modern day place-names. However, he lists the fee farm holders of Robert Williamson (Starch House, 315 acres) and Roger Wallen (300 acres, Ballyfintery). Next are listed the lessees who had agreed terms for 21 years – Robert Hoames (300 acres, Cloghlucas), Gregory Newman (300 acres, Dromsligagh) William Smith (400 acres, Churbeston and Gortaghmore), Thomas Bettesworth (300 acres, Ballylogh), Thomas Bellamy (300 acres, Lower Quarter), John Gibbes (200 acres Corraghen Early), Thomas Langly and Walter Jenkins (360 acres, Upper Quarter), Philip Waghen (100 acres, Lackenyloagh), William Hollydaie (4 acres), Walter Harris (60 acres), Thomas Edwardes and William Newman and Donston Heard (120 acres), and Thomas Mylier (5 acres).

The inquisition fulfilled the terms of the plantation and the town was incorporated on 27 February 1613 to James I. Under the charter, the town was to be a free borough, and to be known as the borough of Mallow. Under it a corporation, consisting of a provost, twelve free burgesses and a commonalty was created, and Robert Holmes was named first provost. The provost and free burgesses were to have power to send two fit men to parliament.

Nineteenth-century antiquarian accounts record that on the breaking out of the Confederate wars in 1641, Mallow town comprised 200 houses occupied by English settlers, of which 30 were described as strongly built and roofed with slate. On 11 February, 1642, Confederate forces under Lord Mountgarret entered the town. On that occasion Captain Jephson entrusted the castle of Mallow to the custody of Arthur Bettesworth, with a garrison of 200 men, an abundant supply of arms and ammunition, and three pieces of ordnance. It held fast. Later in time, the castle of Mallow was assaulted and taken by the Earl of Castlehaven, in 1645, and was nearly reduced to ruins.

In 1642 Castle Garr was to be defended by Lieutenant Richard Williamson, who, after sustaining repeated assaults, in which he lost most of his men, and several breaches had been made, agreed to surrender upon terms. After he had left the fortress, finding that the insurgents did not keep the terms of capitulation, Lieutenant Williamson and a party of men fought their way back through their ranks and retired into Mallow Castle, which had been maintained with better success by Bettesworth. 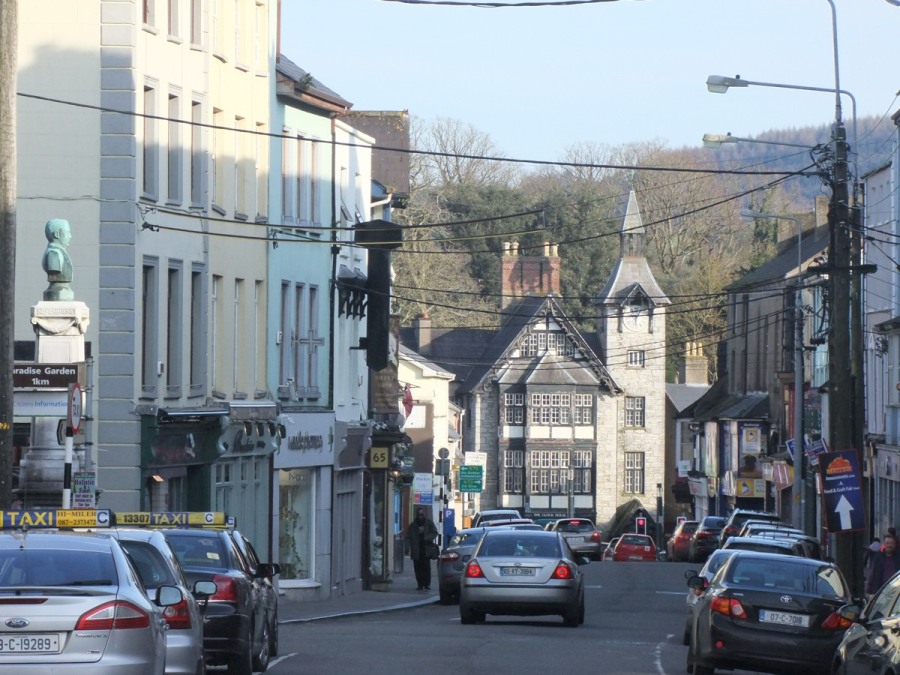