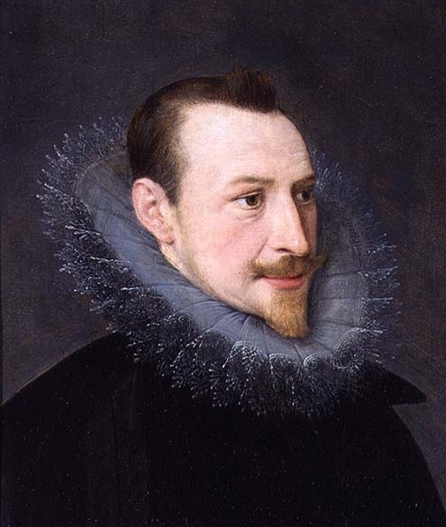 Early seventeenth-century Mallow was an eventful place. This is shown in the historic maps of the region, in structures such as the ruined building of Mallow Castle and in the complex and surviving documentation from this era. Continuing on from last week Mallow Castle-born and resident Elizabeth Norrey was married to Sir John Jephson. They had four sons and four daughters. Their eldest son William became a major general in the English army and was a MP for Cork in 1656. Sir John had a grant in 1612 from James I to be a court baron or to hold courts regarding disputes on his manor. He also has the privilege of operating a Friday market and two yearly fairs, one on St Luke’s Day and the other on St Philip’s Day. The family also had power to appoint a clerk of the market, and of licensing certain tradesmen such as butchers, bakers, merchants and publican in the town, to appoint a bailiff for return of all writs.

An inquisition taken in the year 1611 reveals more information about the principal lessees, those who leased lands within the Jephson manor. The enquiry was established to ascertain whether the Undertakers of the Plantation of Munster had performed their duties, and carried out the conditions of settlement laid down for them. The document in question outlines a working relationship with the family of the Spensers, Hydes, Cuffes, and Audleys. They were endorsed as being a part of “Malloe”.

For four or five years from circa 1584, London-born Edmund Spenser (1552/53-1599), English poet, carried out the duties of an important official position in Ireland, deputising for his friend Lodowick Bryskett as clerk of the Lords President (governor) of Munster. In 1588 or 1589 Spenser became one of the plantation undertakers taking over the 3,000-acre site of Kilcolman, He lived there with his wife Elizabeth and son and daughter. Spenser married Elizabeth Boyle, daughter of Richard First Earl of Cork.

Through the halls of Kilcoman Castle, Spenser brought his greatest poetry to completion. The Encyclopedia Britannica recalls that his long allegorical poem The Faerie Queene is acclaimed in the English language. The Faerie Queene was written over the course of about a decade. He published the first three books in 1590, then the next four books (plus revisions to the first three) in 1596. It was originally intended to be twelve books long, with each book describing a specific Christian virtue in its central character. When he presented the first three books at the court of Queen Elizabeth, Spenser was looking for the stature, political pose, and monetary compensation he believed the work deserved. However, he came away disappointed by what he deemed the relatively small stipend that he obtained. He attributed his lack of success with Elizabeth to her advisor and Spenser’s political opponent, Lord Burghley.

The Landed Estate Irish database records that the Hydes were a family who settled in county Cork in Elizabethan times. Lands were given by Queen Elizabeth in 1588-9 AD at Aghacross, Co. Cork to Arthur Hyde, second son of William Hyde, of Hyde, in the parish of Denchwoorth, Berkshire. Advertised for sale in December 1851, the documents present that the Hyde family estate had over 11,600 acres, which comprised the manor, town and lands of Castle Hyde. On addition ownership of lands also existed in the baronies of Fermoy, Condons and Clongibbons and Imokilly, county Cork, and in Counties Limerick, Tipperary and County Kilkenny.

Castle Hyde became was the home of the Hyde family. There is the ruin of a Norman castle dating from 1301 on top of the cliff just behind the present house. However, the present main block of Castle Hyde house dates from 1760, with extensions designed by Cork architect Abraham Hargraves the Elder some forty years later. Completed in 1801, the house is in the Palladian style of architecture. In 1786 writer, a Mr Wilson described it as “a beautiful house, magnificent demesne, highly cultivated, the seat of Arthur Hyde”. At the time of the sale of Castle Hyde in 1851 the house was occupied by Spencer Cosby Price, the brother-in-law of John Hyde. The house was valued at £115. Post the sale, the house passed through several owners. It was bought by John Sadleir MP in trust for Vincent Scully. Major Chichester was the tenant in 1861. John Wrixon Becher, second son of Sir William Wrixon Becher of Ballygiblin, County Cork, subsequently lived at Castle Hyde in the 1870s. He is recorded as the owner of 1,263 acres in county Cork. He was resident in 1906 when the buildings were valued at £96. The Irish Tourist Association Survey of 1942 indicated that the house was then “occupied by the military”. Castle Hyde is now the home of dancer, Michael Flatley but is currently up for sale.

On another note in the 1870s, a relative of the main line of Hydes, John Hyde of Cregg, Fermoy, owned 8,919 acres in county Cork. Reverend Arthur Hyde was the owner of townlands in the parish of Ross, barony of East Carbery, at the time of Griffith’s Valuation. His grandson, Douglas Hyde, became the first President of Ireland. 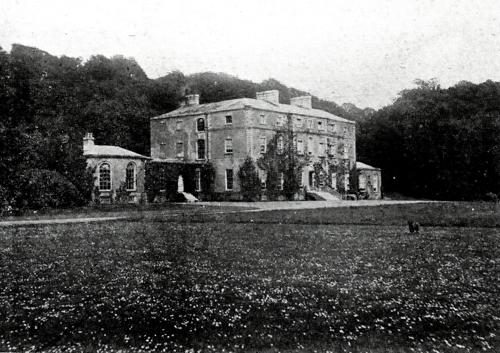