John Anderson: King of the Road

Last week the column explored some of the early history of Fermoy and the importance of its location on the River Blackwater. On the northern side of the bridge is an elegant sculptural piece by bronze specialist artist Jarlath Daly dedicated to John Anderson who developed the town of Fermoy in the early nineteenth century. In 1791, John Anderson, having purchased four-sixths of the ancient manor, erected a hotel and some good houses, and laid the foundation of the town’s future prosperity and growth.

The Oxford National Biography of Britain denotes that John Anderson (c.1747–1820) was born in western Scotland in poverty, the son of David Anderson, of Portland. He moved to Glasgow, and after making £500 through dealing in herring in 1780 he moved to Cork. Anderson quickly established himself as an export merchant in the provisions trade with a base on Lapp’s Quay. Today Anderson’s Quay is named in his honour. A £500 investment multiplied quickly and by 1789 he could successfully bid for, and set up, the first Irish mail coach service. This proved both reliable and profitable. The mail-coach system was first launched in Ireland in 1789. The initial services were on routes from Dublin to Belfast and Dublin to Cork. The system was gradually extended countrywide. The first service from Dublin to Waterford took place in 1790.

Anderson’s coaches traversed the new roads of the eighteenth century, which were built under the Turnpike Acts. A very interesting book by David Broderick (2002), entitled The First Toll-Roads: Ireland’s turnpike roads 1729-1858 reveals that up until the Acts roads in Ireland, mainly built in medieval times, were of very poor quality. It was one of the shortcomings of, unlike England, not having been invaded by the Romans. The building of turnpike roads was the beginning of an era of the development of transport in Ireland, which would later include canals and railways. The first Irish turnpike act, entitled An act for repairing the road leading from the city of Dublin to Kilcullen-Bridge, in the county of Kildare, was introduced in 1729. It began a system, which was to last 129 years and which provided the basis for the national trunk road system in existence today. The acts commenced a planned system of road-building in Ireland to accommodate the sizeable increase in passenger and coach traffic. The turnpike roads were seen as directly benefitting the lands close to their routes; rents on these lands could be greatly augmented and commerce grew in the adjacent towns and villages.

The emergence of the post office pressurised the development of mail-coach roads and the payment of tolls. The awarding of mail contracts resulted in the contractors developing an interest in the repair and maintenance of the turnpike roads. This in turn developed into a need to control the actual roads so that any profits would amass to the contractor. Research by Martina Clancy in Limerick Civic Trust on toll pike roads (2011) reveals that the origin of the privatisation of the roads was a petition by John Anderson and William Bourne, partners on the Naas-Limerick mail-coach contract. The petition resulted in both Anderson and Bourne being given full control over the management of the Naas-Limerick section of the road. They also granted a loan of £27,000 to the trustees, for repairs, in exchange for the right to all tolls collected for the subsequent thirty years. In addition Anderson and Bourke were also given the power to levy a fine of five shillings per horse on any vehicle which was carrying more than nine passengers. The vital achievement of the time was getting from Dublin to Cork within 24 hours.

John Anderson pioneered cheap passenger travel and had a monopoly on it. The mail coach was drawn by four horses and had seating for four passengers inside. Other passengers were later permitted to sit outside with the driver. The mail was kept in a box to the rear, where a Royal Mail post office guard stood. The mail coach was quicker than the stage coach as it only stopped for delivery of mail and generally not for the comfort of the passengers. They were slowly phased out during the 1840s and 1850s, their role being replaced by trains as the railway network expanded. Many of the mail coaches in Ireland were also eventually out-competed by Charles Bianconi’s country-wide network of open carriages, before this system in turn succumbed to the railways as well.

In 1791, borrowing £40,000, John Anderson purchased a large County Cork estate, including the town of Fermoy. The town, which Anderson largely rebuilt, became the centre of his mail coach organisation. Later he had an involvement in the construction of a prominent military barracks for 1,400 men. In 1800 Anderson opened the Fermoy Bank. Later he reputedly declined a baronetcy, though the title was subsequently bestowed on his son. In 1807 he purchased, in partnership, the nearby Barry estates. However, this investment ultimately proved disastrous. The property was heavily mortgaged, and land values fell. He also lost £30,000 in a Welsh mining investment. In 1816 the Fermoy Bank closed and its Anderson was bankrupted. He died in reduced circumstances in 1820. 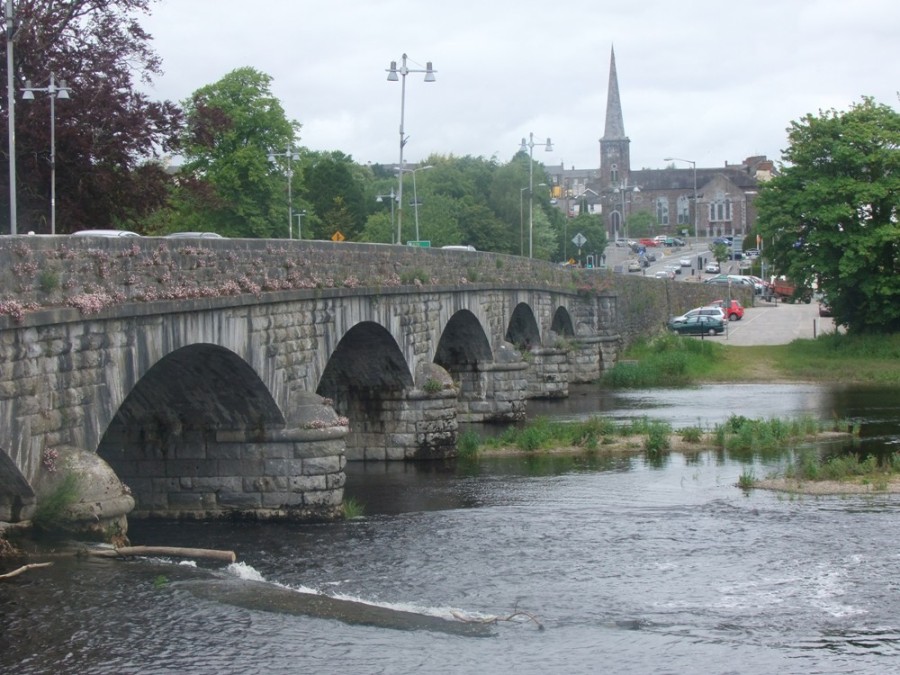