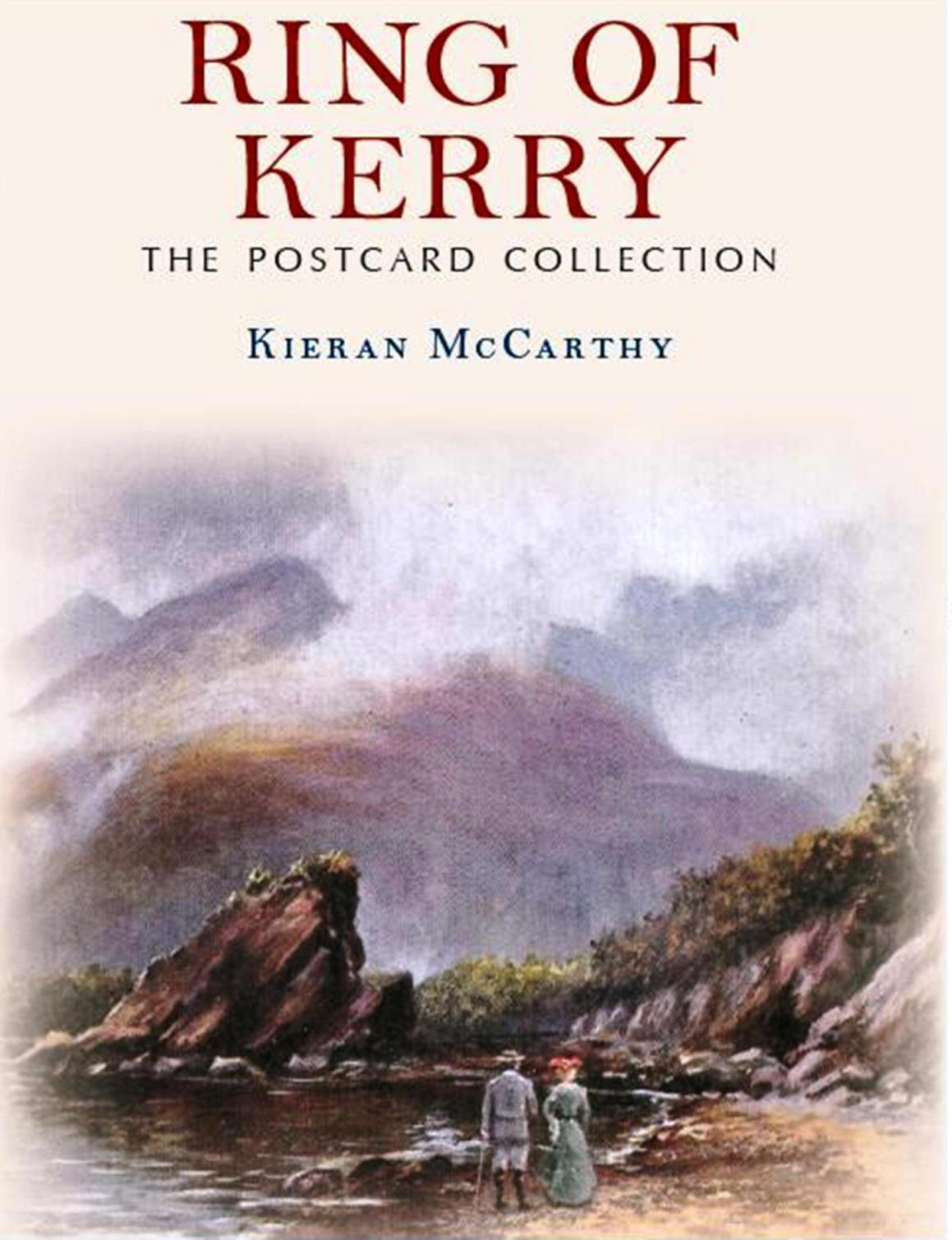 The third of three books I have been compiling and penning this year is entitled Ring of Kerry, The Postcard Collection. Vibrancy, a wild vibrancy, is perhaps the best way to describe the Ring of Kerry. Exposed by raw elements, the landscape is windswept and awe inspiring. This book follows on from my previous work of exploring the nature of postcards in the south west region and how they helped to place–make and construct local, regional and national identity. The book explores the fascination of landscapes around the Ring of Kerry or the Grand Atlantic Tour as it was known a century ago and comprises what could be genuinely described as stunning images. Many could be printed in large sizes and hung on walls and I have no doubt many have over the decades. They are beautiful images made to entice the viewer to remember, to visit and not forget.

These postcards were the preferred souvenirs for connoisseurs of the landscape. They framed a world for people to view, consume, keep a part of, send to other people and mass produce. The mass production of such images helped advance the narrative in promoting the south west Iveragh peninsula. The communication of the message behind these postcards in the early twentieth century was important and the messages were and still are numerous and strong. They showcase extraordinary and geologically ancient but desperate spaces in an artistic narrative – our countryside, a sense of adventure, ideas of self-discovery, true, honest and valuable experiences, the 40–shades–of–green package, concepts of Irish culture and identity, and ultimately the collective memory of a country and what it stands for.

The postcards contain representations of an Ireland to draw people to the country and into the country’s regions. The images are collective representations and visual metaphors of the power of landscape in the culture of the time they were produced – they all spin a political narrative of sorts on the selection of memories, stories, legends and their meanings, the role of natural and built landscape in shaping the Irish psyche – what should be remembered more so than forgotten, what images are deemed important in the construction of local and national belonging in the early twentieth century. The postcards are all romantic and poetic odes to landscape – by photographers and artists – their awe and respect can be viewed as well as their devotion to nature and the quest for a vision of the idyllic.

Many of the images within this book are also of familiar landscapes, landscapes that many Irish people learned about in school or on holidays (like my own situation!) whilst bottled up in a car travelling from one set piece to another. They are Ireland’s public and private playgrounds of sorts – places to get lost in – to feel dwarfed by the mountains, the lakes and the coastline. The images are exaggerated with the addition of reflections and shadows and oil painting type colours – colours that heighten and aid in the construction of place. Even a single image can make a huge impression. Memorials and ruins are shown with ivy and crumbling stone – to show the contribution of nostalgia, how it creeps into a sense of place to ignite a present and to question a future.

Accumulating a large cross section of these early twentieth century images together provides a wider snap shot of perspectives and perceptions of landscape, the stories within the landscape and Irish identity, and how they interweave. The postcards are framed narratives – perceived as symbolising Irish landscapes, identity within those landscapes, that the peaks, troughs, rivers, lakes, cottages symbolise an idyll. The Ring of Kerry is all about travel. There are tourist reports of visits to Killarney since the late eighteenth century, accounts of Grand Tours of Kerry in the nineteenth century, and narratives about Irish Free State tourism products in the county in the twentieth century. All reflect a pilgrimage of the self – of silent conversations with yourself and nature and your place in the world – chasing reflections of the world in south Kerry’s crystalline lakes or bending to the might of the landscape on its coastal roads, seeking the Atlantic view point.

Now scattered to the four corners of the virtual eBay world and institutions like Kerry County Libraries and postcard fairs and shops, these postcards in their day influenced the modern photographic and text based narrative in marketing the Ring of Kerry today. Of course not every place was photographed and the editing of this book has also been difficult in choosing which postcards to include. The book is divided into four sections, Kenmare and its surroundings, Killarney and its tourism heart, the lake district, and a spin around the c.180km Ring of Kerry. Scattered across the publication as well, I have put in my own artistic responses to the landscape in the form of poems. The postcards and landscapes opened up further creativity in my own writing and new ways to research, decode and describe the Irish countryside. The postcards offer much to the student of cultural landscapes and how our heritage is constructed and ultimately how it can be appreciated, understood, interpreted, re–interpreted, negotiated, protected and advanced – and above all cherished.

Ring of Kerry, The Postcard Collection by Kieran McCarthy is published by Amberley Press and is available in all good bookshops.

820a. Front cover of Ring of Kerry, The Postcard Collection by Kieran McCarthy 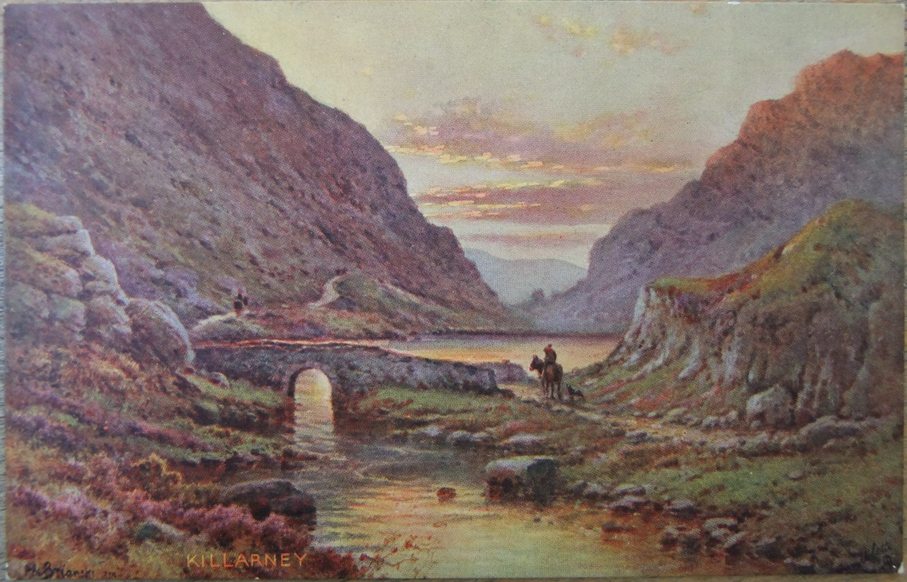