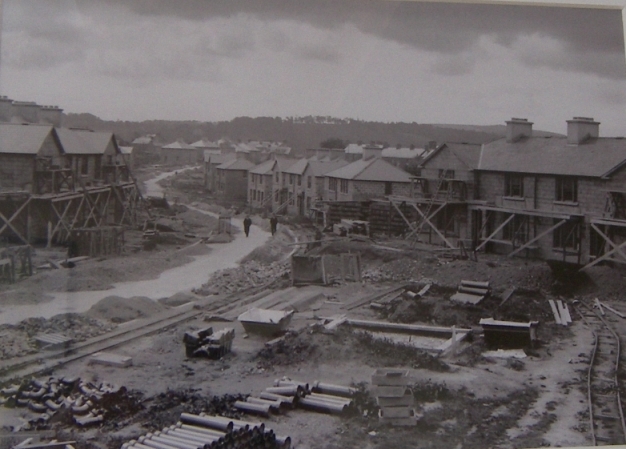 National Heritage Week is upon us again at the end of next week (22nd – 30th August). It’s going to be a busy week. For my part I have set up a number of events. They are all free and I welcome any public support for the activities outlined below. There are also brochures detailing other events that can be picked up from Cork City Hall and Libraries.

Cork Heritage Open Day, Saturday 22 August 2015 – Historical Walking Tour of Cork City Hall; Learn about the early history of Cork City Council; discover the development of the building and visit the Lord Mayor’s Room, 11am, free but ticketed, contact The Everyman Palace, 0214501673 (duration: 75 minutes). The current structure, replaced the old City Hall, which was destroyed in the ‘burning of Cork’ in 1920. It was designed by Architects Jones and Kelly and built by the Cork Company Sisks. The foundation stone was laid by Eamonn de Valera, President of the Executive Council of the State on 9 July 1932 (www.corkheritageopenday.ie).

The Cork workhouse, which opened in December 1841, was an isolated place – built beyond the toll house and toll gates, which gave entry to the city and which stood just below the end of the wall of St. Finbarr’s Hospital in the vicinity of the junction of the Douglas, and Ballinlough Roads. The Douglas Road workhouse was also one of the first of over 130 workhouses to be designed by the Poor Law Commissioners’ architect George Wilkinson.

This is a new tour that hopes to bring the participant from the heart of Turners Cross through to Ballyphehane. The tour will speak about housing developments in the 1920s through to the 1950s but also touch upon the earlier history of the two areas from Friars Walk, the story of the Botanic Garden, Christ the King Church to some information on the market gardens. All are welcome and any old pictures and documents that people on these areas, please bring along.

From a social housing perspective in March 1925, Commissioner Philip Monahan pitched that he would invest £70,000 for the provision of 200 houses in Turners Cross in the immediate interim. He also put down his marker that he was to build efficiency in the local public sector. Indeed with the threat of using direct labour, he pursued an agenda to reduce the wage of Corporation workers to 4s. 6d. per week. In the summer of 1925, property was acquired by Cork Corporation in what was to become known as the Capwell Project by deed of transfer from Richard Morgan. In the Christmas of 1925, 20 men were employed on relief work for 2/3 weeks clearing the site, preparatory to the actual building. By April 1928, 148 houses were ready for occupation by tenants. During the construction of Capwell Housing, on 19 March 1926, further property for housing was acquired from Abina Hyde in a deed of transfer to Cork Corporation. In late September 1926, during a luncheon of Cork Rotary Club, Philip Monahan proposed to raise a loan of £100,000 for a further 200 houses in Turners Cross. In June 1929, applications were invited from intending occupiers.

This new walking tour begins on the gorgeous North Mall and explores the area’s medieval origins and the Franciscan North Abbey. In such a small corner of the city, industrial Cork and the story of the distilling can be told, as well as stories of George Boole, St Vincent’s Bridge. Walking along Sunday’s Well there are multiple stories to be told of former residents and of the beautiful St Vincent’s Church.

Looking at the physical landscape of the Park, there are clues to a forgotten and not so familiar past. The entrance pillars on the Mardyke, the Lord Mayor’s Pavilion, the museum, the fountain in the middle of the central pond dedicated to Fr Mathew and timber posts eroding in the river were once part of one of Cork’s greatest historical events, the Cork International Exhibitions of 1902 and 1903. Just like the magical spell of Fitzgerald’s Park, the Mardyke exhibitions were spaces of power. Revered, imagined and real spaces were created. They were marketing strategies where the past, present and future merged; aesthetics of architecture, colour, decoration and lighting were all added to the sense of spectacle and in a tone of moral and educational improvement. The entire event was the mastermind of Cork Lord Mayor Edward Fitzgerald, after which the park got it name.

Hope to see you on some of these tours…

806a. During construction, Capwell Road, circa 1927 (source: Cork City Library)