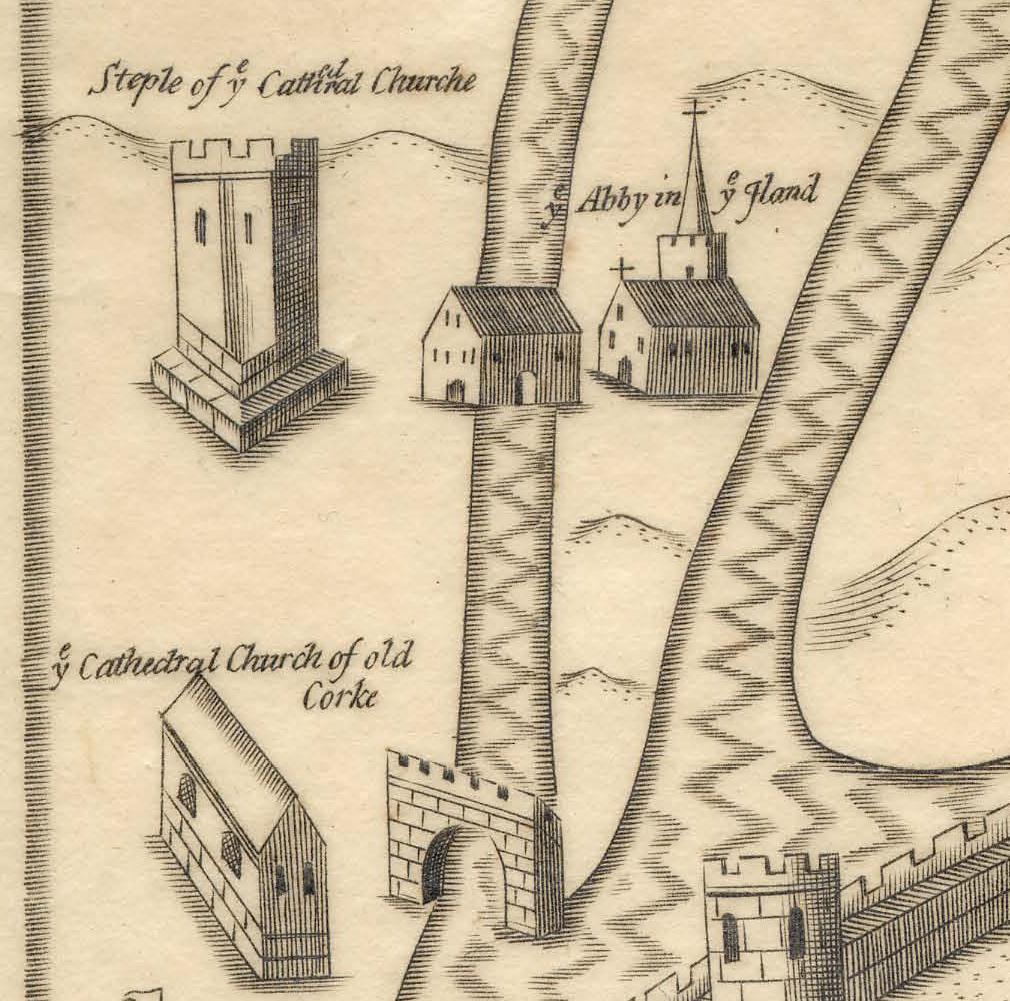 Stories from St Mary’s of the Isle Abbey

Carew’s Map of Cork, c.1600 shows the Dominican Abbey on a marshy island to the south-west of the walled town. The map illustrates a church with a large steeple with an adjacent water mill built next to the river. The name of the island was Sancta Maria de Insula or St. Marie’s of the Isle, the area of present day Crosses Green. This marshy island like the islands on which the adjacent walled town was built on, would have been subject to constant flooding at high tide. Therefore it can be assumed that when the abbey was being built, the unfavourable local ground conditions would have been taken into account.

An insightful book by Tomas Flynn (1993) entitled The Irish Dominicans, 1536-1641 reveals that in 1216, the Dominican order received papal approval. Due to its universal teaching mandate, it was not long before they established priories in towns and cities in medieval Europe. In addition due to their native French beginnings, it was only natural that the Anglo-Normans in Britain and Ireland became their first patrons. On arrival in Ireland in 1224, the first priories were established at Dublin and Drogheda. In general, initially the Dominicans were viewed as part of the spiritual wing of Norman civilisation and colonisation, but they quickly distanced themselves from that image and became highly favoured and respected by the leading Gaelic families as well.

Within thirty years, the Dominicans had established over ten friaries geographically spread adjacent to urban settlements such as Anglo-Norman Walled Towns. Among these were among the Dominican Abbey at Cork in 1229 under the patronage of Lord Philip de Barry. Antiquarian Charles Gibson in his History of Cork in 1861 details that the abbey reputedly held a bronze equestrian statue of the De Barry, which was kept in the abbey’s church up to the 1540s.

As the Dominicans were establishing themselves in Cork, the Franciscans on the North Mall were doing the same. An unfortunate by-product of Dominican success was rivalry with the Franciscans. This included conflict over theological opinions, the making of foundations, sources of alms and benefactions, and recruits. To attract vocations, both orders claimed closer resemblance to the work of the Twelve Apostles. However, arising out of this came strong ambition to succeed and a lot of self seeking in medieval times. They did though over time after numerous quarrels come to acknowledge mutual respect between their orders.

The early historic references detail the respect that the upper classes in medieval society had for the Dominican order. This is evidenced by a reference in a royal charter in 1317 that tells of free passage for the Mayor of Cork, bailiffs and the Dominican friars into the walled town over South Gate Bridge. The charter goes on to describe that the friars were to be let in for the sake of the good town peoples. Without doubt, the spiritual and educational contributions by the friars would have been invaluable to the quality of urban life within the town. In general, historical works on other Dominican abbeys in Britain and Ireland have shown that the Dominicans helped with social problems such as literacy in a walled town, professional guilds and other devotional organisations.

As with the Franciscan Abbey on the North Mall, the mid 1500s was also a turbulent time in history for the Dominican Abbey. During King Henry VIII’s reign the property of the abbey was confiscated. The list of the physical properties of the abbey give an indication of how large the Dominican order was in Cork. It is recorded that Abbey possessed three small gardens containing two acres, a watermill, a fishing pool, thirteen acres of arable lands and twenty acres of pastural land (in County Cork).

It is also recorded in the medieval period that the monks at the Dominican abbey had two prized relics, the images of St. Dominick and the Blessed Virgin Mary and child. The images of St Dominick were unfortunately publicly burnt due to religious conflict between the Dominicans and the English Garrisons’ orders at the high cross in the walled town on North Main Street in 1578. The blessing Virgin Mary was a small carving in ivory and can be seen today preserved in a silver case now in the possession of the friars at St Mary’s Dominican’s Church, Pope’s Quay.

795a. Plan of Dominican abbey with section of walled town of Cork from Map of Cork, late sixteenth century as depicted in Sir George Carew’s Pacata Hibernia, or History of The Wars in Ireland (1633), vol. 2, opp page 137. 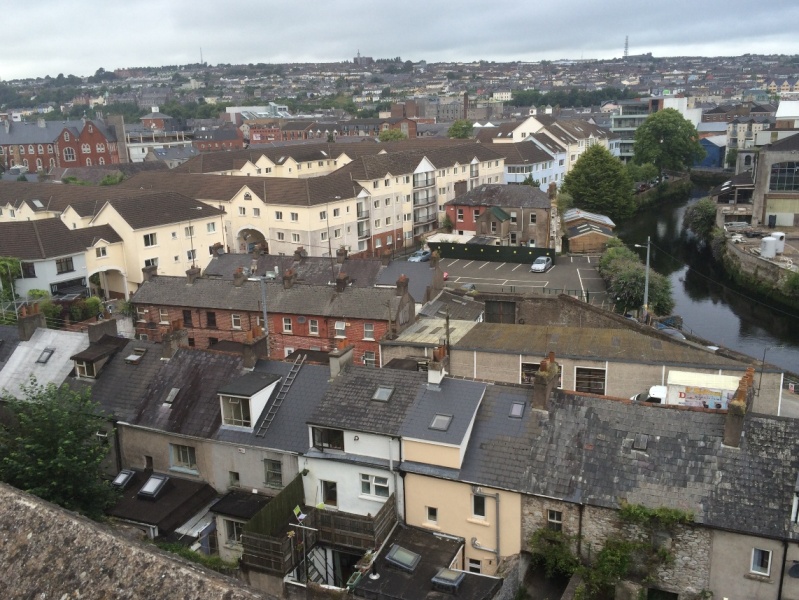