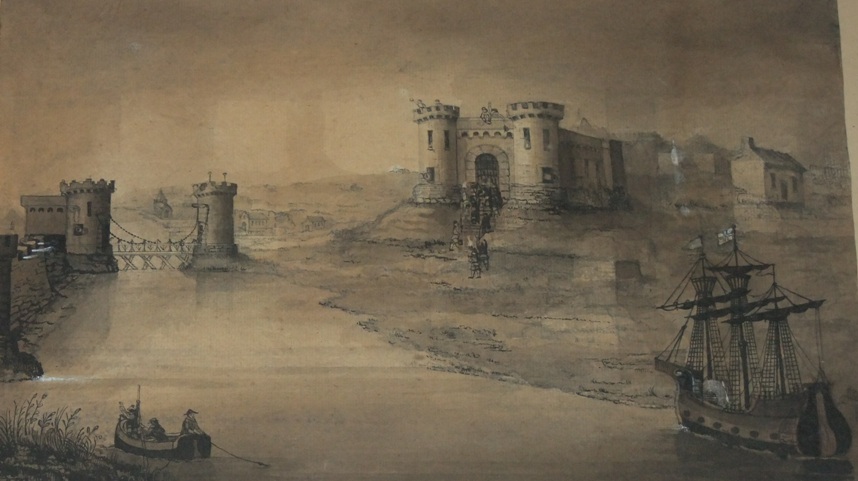 George Carew’s map of Cork, c.1600, places an emphasis on a two towered structure called Shandon Castle. Aligning old maps with newer ones of the city through the ages the Castle was on the site of what is now the Firkin Crane. Between 1599 and 1600, Carew, Lord President of Munster, having undertaken his suppression of rebellion, took up his quarters at Shandon Castle, overlooking the walled town of Cork and its adjacent hinterland which he wished to watch over. It was a building of great physical and symbolic strength. Courts for criminal cases were frequently held here by the Lord President and the judge on circuit. Persons who rose up against the Munster Plantation were likewise imprisoned there.

Urban myth pitches Shandon Castle as standing on the verge of a precipice overhanging the Lee. It has been depicted as a kind of medieval castle keep with a large portcullis gate. Steep stairs called the Giant’s Steps leading to the nearby river Lee were cut through this precipice. An article by Rev James Dwyer in the Journal of the Cork Historical and Archaeological Society in 1897 notes that the steps were removed in the 1860s (possibly to create the laneways that now exist in the area, for example Rowland’s Lane and surrounds). The street adjoining the castle was popularly known by the name of Shandon Castle Lane, which is now Dominick Street.

The castle is originally is said to have been built initially by the Prendergasts. It passed to the De Cogans and the Barrys and served as a manorial feudal centre until Carew’s arrival. Kenneth Nicholls argues in Cork: History and Society (1993) that in the early fifteenth century that Shandon Castle and its vast territory which at one time was controlled by the Cogans, Barrys Rochfords and the Earls of Kildare.

Woulfe’s Irish Names and Surnames (1923) highlights that the Barry surname occurs in the earliest Anglo-Irish records, and has always been specially associated with the County of Cork. In the year 1179, Robert FitzStephen granted to his nephew, Philip de Barry, the three cantreds of Ui Liatháin, Muscraighe-trí-máighe, and Cinel Aodha, represented in time by the baronies of Barrymore, Orrery, and Kinalea. This grant was confirmed by King John in 1207 to William de Barry, son and heir of Philip.

The Barrys originally settled around Buttevant in north Cork, named after the family motto, boutez en avant, meaning ‘strike forward’. With the approval of King John, they built a great castle on the banks of the Awbeg River. A settlement developed around the castle. In recent years, much local work has been pursued in creating historical walking tours of Buttevant’s old medieval spaces. Plaques around the town records that David de Barry I was responsible for the development of Buttevant as a borough for which Henry III granted him rights to hold a market and fair in 1234. In 1229 the Barrys built Ballybeg Abbey for the Augustinians, which has is regarded as the finest columbarium (dove house) in Ireland. In 1251 Buttevant Friary was built by David Óg Barry for the Friars Minor of St Francis. The control by the Barrys over their land manifested itself through the foundation of a number of other boroughs and religious houses. Members of the family were associated with the Franciscan and Dominican foundations in Cork city, the Franciscan friary of Timoleague (c. 1312), and the Carmelite friary of Castlelyons (1307-9).

Barryscourt Castle remained in ownership of the most powerful branch of them all, known as the Barrymores. However, the Barrymore lines died out and were passed onto a distant cousin by the name of James Fitzgerald of the Barryroes in 1556. The present tower house of Barryscourt Castle is said to be constructed in the fifteenth or sixteenth century and became a principal seat of the Barrys. The Barrys supported the Desmond rebellions of 1569 and 1579, and in 1581 they destroyed or severely damaged their family castles to prevent English forces from capturing them, including Barryscourt, which was threatened by an army led by Sir Walter Raleigh. After the suppression of the second rebellion, the Barrys were pardoned by Queen Elizabeth I and Barryscourt was repaired, with an outer wall or bawn surrounding an inner courtyard being added, including 3 corner towers. Barryscourt ceased to be main residence of the Barry family in 1617. 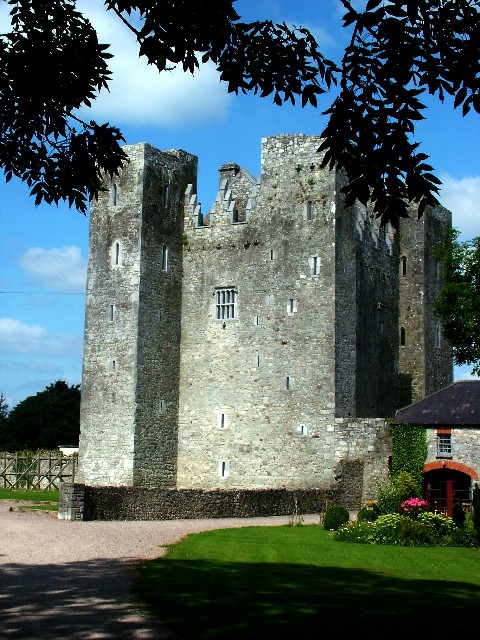 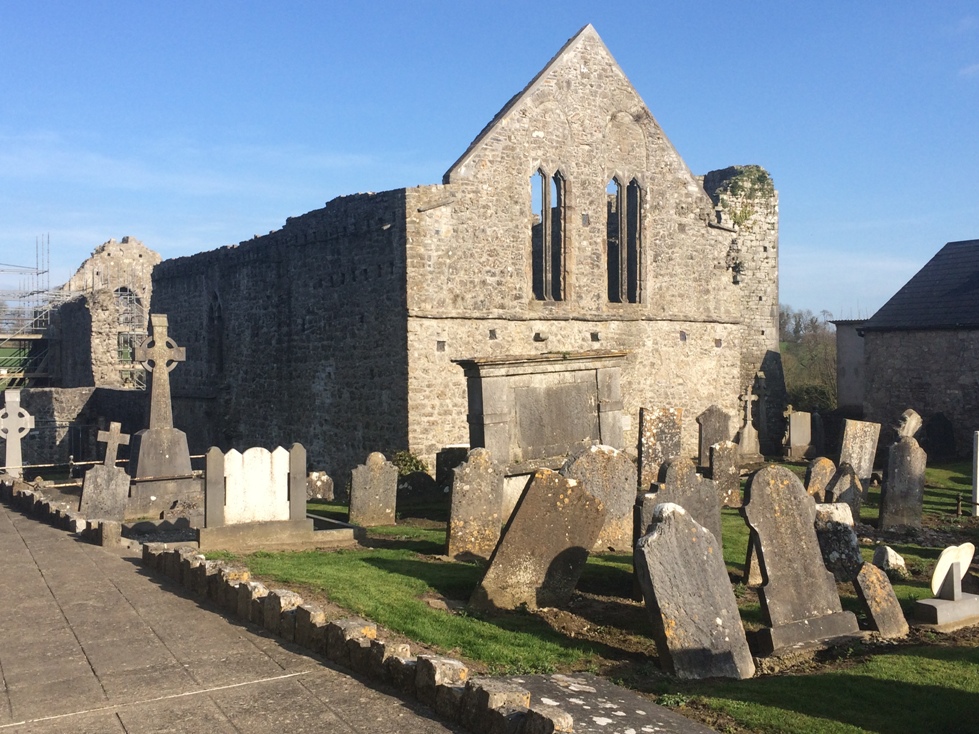