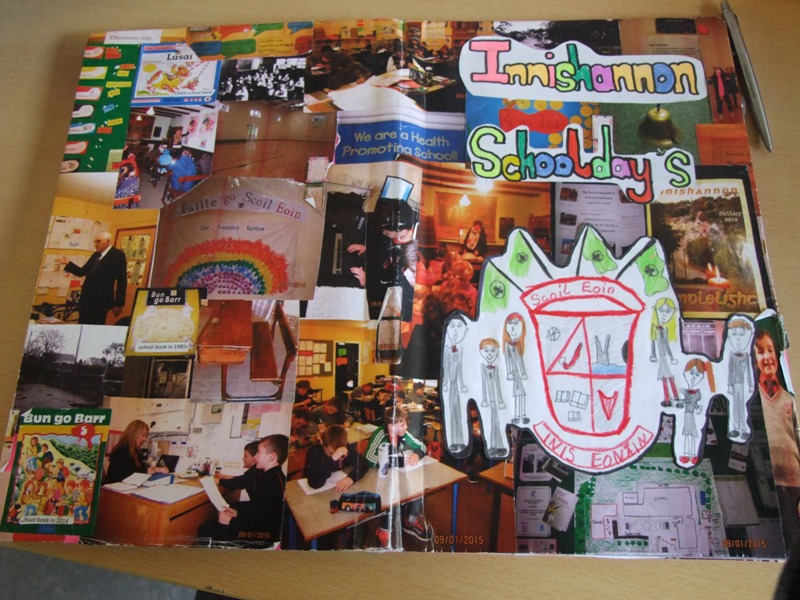 Kieran’s Our City, Our County Article,

This year marks the twelfth year of the Discover Cork: Schools’ Heritage Project, which is co-ordinated by myself. This year’s Project culminates with an award ceremony on Friday 20 March for best projects for city-based schools. The Project is open to schools in Cork City and County – at primary level to the pupils of fourth, fifth and sixth class and at post-primary from first to sixth years. A total of 48 schools in Cork (city and county) took part this year. Circa 1550 students participated in the process and approx 220 projects were submitted on all aspects of Cork’s history.

The subject of local history for many is spoken about at the dinner table in a sense every day as the lives of past family relatives are recounted. Hence the emphasis in the schools is on the personal engagement with the project, what can the student bring to the interpretation of a topic and vice versa, what’s within the topic that can inspire the student to think about it in a different way? Students are challenged to devise methodologies that provide interesting ways to approach the study of their local history. Submitted projects must be colourful, creative, have personal opinion, imagination and gain publicity. In particular students are encouraged to attain primary material through engaging with a number of methods such as fieldwork, interviews with local people, making models, photographing, cartoon creating, making DVDs of their area.

Students are to experiment with the overall design and plan of their projects. Much of the work could be published as local heritage / history guides to people and places in the region. For example a winning class project this year focussed on the aspect of Cork, now and then. They mapped out several changes to Cork’s built heritage using old postcards and interviewing older people. Students are encouraged to compare and connect the past to their present and their immediate future. Work needs to involve re-imagining what life may have been like. One of the key foundations in the Project is about developing empathy for the past– to think about attitudes and experience in the past. Interpretation is also empowering for the student- all the time developing a better sense of the different ways in which people engage with and express a sense of place and time.

Every year marks go towards making a short film or a model on projects to accompany history booklets. Submitted DVDs this year had interviews of family members to local historians to the student taking a reporter type stance on their work. Some students also chose to act out scenes from the past. Another group created a short film on University College Cork and Fota House.

The creativity section also encourages model making. The best model trophy in general goes to the creative and realistic model. This year the best model in the city went to a model of St Anne’s Church, Shandon, complimented by Westminster. The project told the story of the rise of the career of eminent painter Daniel Maclise. In the county, the top model prize went to students from St Columba’s Girls National School who re-created different monuments in their area such as the beautiful 200-year old St Columba’s Church and the fingerpost complete with paper mache flowers.

Every year, the students involved produce a section in their project books showing how they communicated their work to the wider community. It is about reaching out and gaining public praise for the student but also appraisal and further ideas. Some class projects were presented in nursing homes to engage the older generation and to attain further memories from participants. Students were also successful in putting work on local parish newsletters, newspapers and local radio stations and also presenting work in local libraries. This year the most prominent source of gaining publicity was inviting parents and grandparents into the classroom for an open day for viewing projects or putting displays on in local community centres and libraries.

Overall, the Discover Cork: Schools’ Heritage Project attempts to provide the student with a hands-on and interactive activity that is all about learning not only about your local area but also about the process of learning by participating students. The project in the city is kindly funded by Cork Civic Trust (viz the help of John X Miller), Cork City Council (viz the help of Heritage Officer Niamh Twomey), the Heritage Council. Prizes are also provided in the 2015 season by Lifetime Lab, Lee Road (thanks to Meryvn Horgan), Seán Kelly of Lucky Meadows Equestrian Centre Watergrasshill and Cork City Gaol Heritage Centre. The county section is funded by myself and students. A full list of winners, topics and pictures of some of the project pages for 2015 can be viewed at www.corkheritage.ie and on facebook on Cork: Our City, Our Town. For those doing research, www.corkheritage.ie has also a number of resources listed to help with source work.

For the Lifelong Learning Festival Week, I will give a talk on Cork Harbour through old postcards at the meeting room of Church the Real Presence, on Wednesday 25 March, 2.30pm. I will also give a talk on Cork in the 1920s and 1930s in the Cork City and County Archives in Blackpool at 2.30pm on Friday 27 March (all free, all welcome).

784a. Page from a project on Innishannon National School history from students of fourth class, Innishannon NS (picture: Kieran McCarthy) 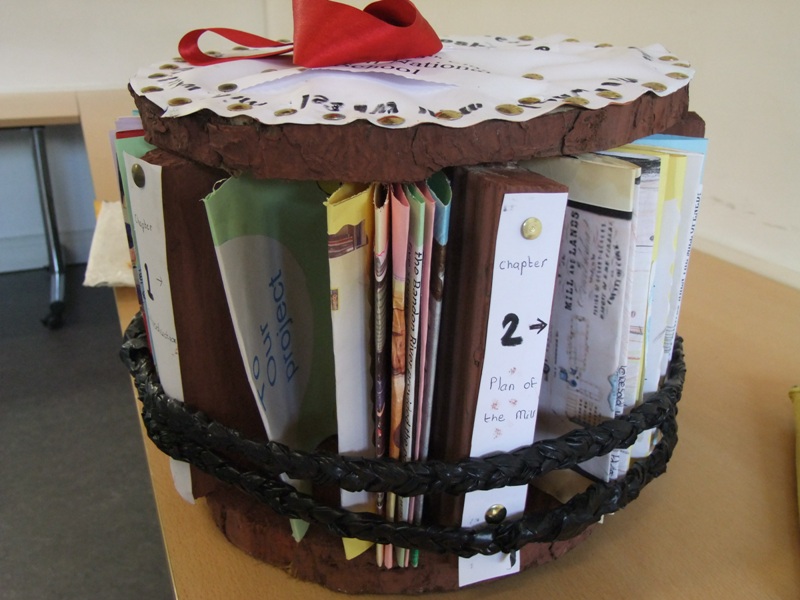