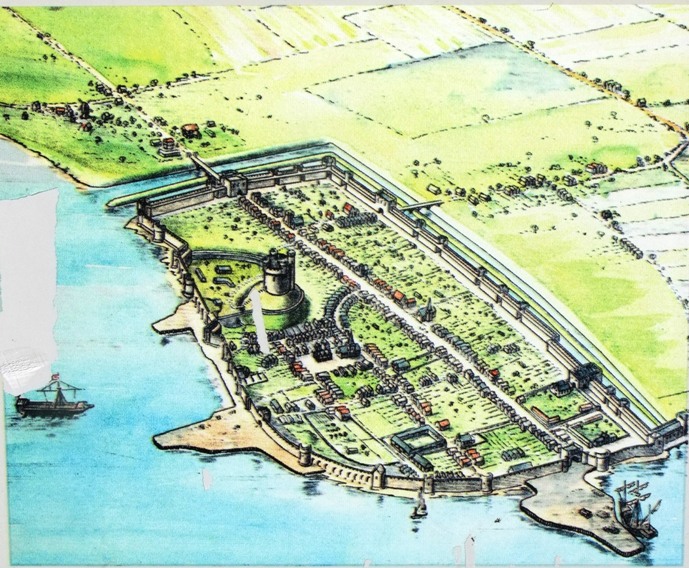 Apart from large tracts of wine imports into the walled town of Cork in the thirteenth century other imports included various cloths of English and French origin. Foreign spices and vegetables were also imported for consumption amongst the English and native Irish. The ports involved in the latter comprised Bristol, Carlisle, Pembroke and Southampton. Italian Merchant Companies brought in pepper and onions.

The construction of Cork history has a habit (probably like elsewhere as well) to reduce Cork’s international connections to just lists. Mining into the cities that Cork was connected with does show allow a way of reflecting more on the energy, drive and forces at work in maintaining a city and its urbanity. It would great to go back in a time machine to see the human stories playing out in our city on a swamp. I have always felt that many of Cork’s missing historical jigsaw pieces are to be viewed elsewhere – in the thirteenth century Cork was part of a necklace of North Atlantic cities through which an Anglo-Norman colonies rose, expanded and in time eventually contracted.

On Cork’s import records, Southampton features alot. In the thirteenth century, Southampton’s offering to Cork was wool. My own research led me to visit this southern English port city of the sea. Much of its medieval heritage was destroyed during World War II – so only bits and pieces of medieval towers, walls and churches survive. With a trip to Southampton library one can trace the development of the city through maps. Size-wise, its medieval town was about Cork’s size. Prominent in the old medieval town and a building that has survived the test of time is one of the old wool houses. The Wool House on Town Quay, which is more than 600 years old, built in 1417, was closed in 2011 and the artefacts moved to the new SeaCity Museum. In the last year, campaigners have criticised the local Council’s decision to approve plans to turn Southampton’s former Maritime Museum into a pub and micro-brewery – one of the description emerged was that it was an emblematic building of the city’s history. Emblematic was a word that stuck with me during my visit that goods can become emblems of a colony and its identity and ultimately legacy.

History plaques in Southampton’s old medieval core reveal that the wool trade reached its height in the thirteenth century and a majority of townspeople derived their income from it. Southampton’s location was ideal, near to the sheep rearing districts of Hampshire and the Wiltshire Downlands. There are many works on medieval trade in England by scholars. Eileen Power who pioneered the study of the wool trade in Medieval England way back in 1941, a study which many scholars refer to, reveals that wool was an emblem of many aspects of society – control over the land and the construction of social class. England was for a great part of the Middle Ages the largest and most important source of fine wool gave her a key position. The barons of England in 1297 roundly stated that the wool of England amounts to half the value of the whole land. The merchant Ordinance of the Staple called it the “sovereign merchandise” and “jewel of this realm of England”.

Welsh and Irish wool was imported, but it was coarser, and in some manufactures the use of Irish wool was prohibited. A good part of the Italian cloth industry and almost the whole of the industry of the Low Countries depended on English wool. The English nation, from king to peasant, was intensely wool-conscious and wool helped in its own way in the construction of social hierarchies and identities. The English economy, society and government responded, each in its own way, to variations in the wool trade – its ebb and flow, its shifting associations with the crown, and its continually changing organisation. A wool tax was one of the primary new sources of royal revenue at the end of the thirteenth century.

Perhaps sheep were also an emblem of landscape control and transformation in any physical environment. The short-woolled sheep was the native of poor pastures, hills, moors and downs. It was found on the Welsh and Scottish borders, Yorkshire moors and chalk downlands of the South. The long-woolled sheep belongs to rich grasslands, marshes and fens in the midlands of England. The Midland wools formed a middle grade, and the chalk downlands of South and South-East England produced mainly coarser grades. Those of Devon and Cornwall, which were too coarse for the foreign market, were not exported at all. Statistics of all the demesne livestock for the four Eastern Counties (Norfolk, Suffolk, Essex and Cambridgeshire) and the four Western counties (Cornwall, Devon, Somerset and Dorset) and for one great monastery, Ely Abbey – eight shires – carried some 292,000 demesne sheep. Records for the years 1310–11 record English exports of 35,509 sacks of wool with a percentage of that arriving through King’s and Queen’s Castle of Cork’s medieval docks for sale and distribution.

779b. Remains of one of the Medieval entrance gates, Southampton (picture: Kieran McCarthy) 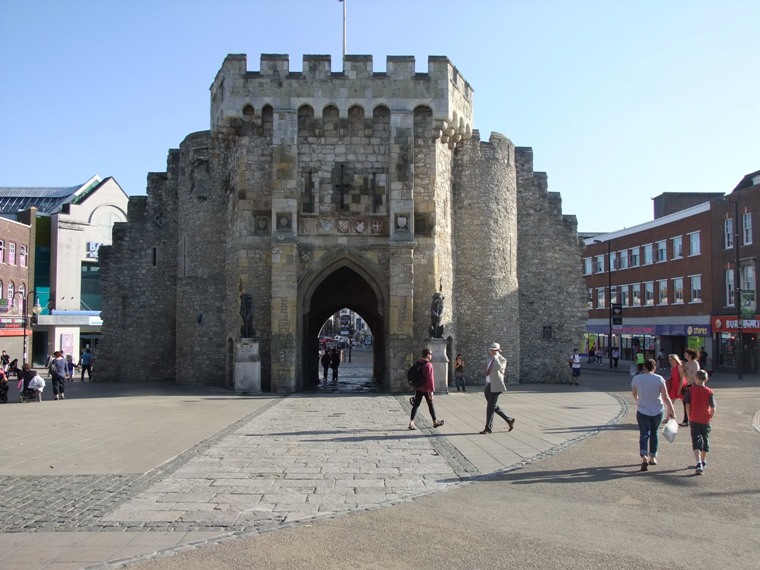