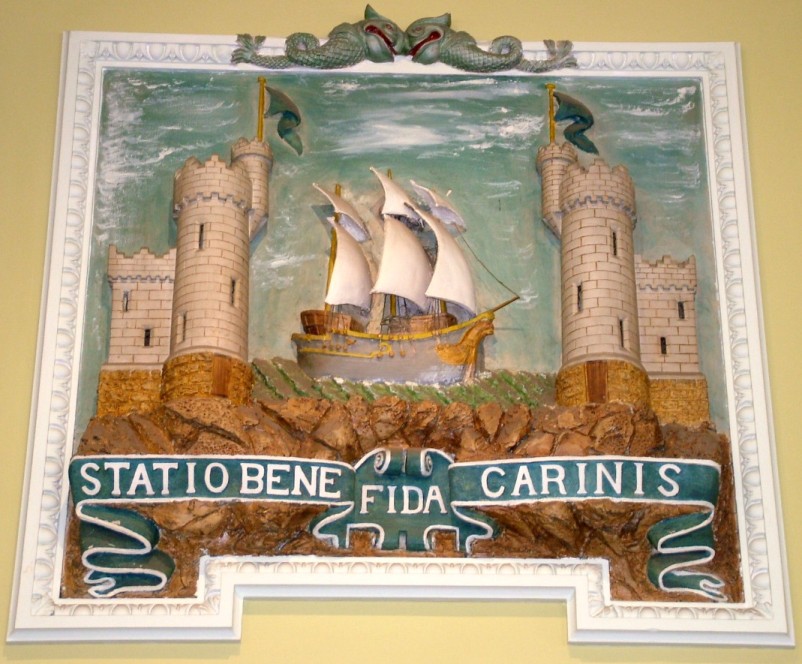 As Cork developed in the twelfth century, from historical and archaeological perspectives, one of its earliest known connections to another port city was with Bristol. Bristol Ham Green Pottery has been found in large numbers beneath our old medieval core; our coats of arms are similar – Bristol has one tower and a ship; Cork’s first English charter in 1185 refers to similar privileges. It was these issues that encouraged my visits to England’s largest western city, Bristol in recent years.

On first approach, topographically, Bristol is a city of hills with sharp slopes but no great altitudes. The outskirts of the settlement cover a series of low ridges. Indeed, the approach from the south is similar to the approach from Cork Airport to Cork City, involving panoramic views of a large connurbation. Bristol grew initially as a Roman bridging point and this is reflected in its original name, Bristow. The growth of its port occurred in the middle of the first millennium AD. By 1,000 AD an Anglo-Saxon town was well established. The advent of the 1060s coincided with conflict in Anglo-Saxon England in the form of the Anglo-Norman invasion and their famous historical victory on the battle-fields of Hastings in 1066. By 1069, it is argued that many Saxons were unprepared to accept the Anglo-Norman conquest as final and fled England to Ireland to regroup. From Dublin, they made two attempts to re-establish themselves in England. Bristol was the main focus of this attack. As a result circa 1087, a motte and bailey structure was built by Anglo-Normans in Bristol. This was restructured in the 1110s by a more substantial stone structure. Surrounded by the River Froom, the castle itself has been described as a large fortified manor. By 1083, Bristol was in Royal possession.

The 1086 Domesday Book regarded Bristol as not unlike medieval London, an area thinly peopled and unfertile in itself, but containing a settlement of some size which rendered a substantial revenue from its surrounding hinterland. Economically, the city was ranked as been on par with York, Lincoln and Norwich. Indeed, from the twelfth century onwards, many western European cities experienced rapid urban growth. In most cases, the growth of towns was in conjunction with a mercantile class and the growth of internal and external trade. Indeed, the growth of maritime trade was a general European trend (of which Cork was also part of).

As the Hiberno-Norse developed towns in places in Ireland such as Cork, the 1100s in Bristol coincided with conflict and change. In the 1130s and 1140s further rebellions against Anglo-Normans by Anglo-Saxons occurred while the first of the royal charters to Bristol was granted in 1155. Primarily, a grant was given towards creating toll toll-free passage through King Henry’s dominions in England, Wales and Normandy. Between 1164 and 1170, another charter was given in favour of those who dwelt in the marsh by the bridge of Bristol. A new parish church was also created in the form of St’s Mary’s Redcliffe. From here Redcliffe pottery was created, some of which is found in Cork’s medieval layers. Pottery is still made in Redcliffe today.

In 1169, Bristol was to become the staging point of the Anglo-Norman Invasion of Ireland under the direction of Henry II. Such was the swiftness of this invasion that by 1171, documentary evidence shows Bristolians living in Dublin. However, it is noted by Bristol historians that the city used to engage in slave trade with Viking ports in Ireland. Perhaps, the Irish connection was already strong and maybe slave ships came into Cork Harbour to shelter. An Anglo-Norman charter was also granted to Dublin in this year. Though London was developing as the principal city in England, Bristol became the main key to Anglo-Norman boroughs in the west. In 1188, Bristol became the model for the civic constitution of the Anglo-Norman boroughs and trading centres in Ireland. Indeed, it could be said that it was these places that Bristol had more links with than with London. Anglo-Norman Lords were quick to see that the major Danish Viking trading ports had the potential for large financial success. Consequently, Dublin, Waterford, Limerick and Cork in time became royal boroughs.

In the case of Cork, the Hiberno Norse settlement was taken for the Anglo-Norman King by Milo De Cogan and Robert Fitzstephen and fortified. In time a large, stone wall, on average eight metres high enclosed the South Main Street area, a circa six acre site. Bristol was chosen by the Anglo-Norman Monarchy as the model to be followed by these Irish towns regarding liberties, privileges and immunities. The year 1185 has been accepted as the date of Cork’s first charter. All customs and rent structures in the initial years of Anglo-Norman Cork were the same as what the citizens possessed in Bristol’s walled town. Dublin received its second Bristolian charter in 1192 while Limerick received its first Bristolian charter in 1199 and Waterford in 1205. These settlements were to prosper with similar privileges as English Anglo-Norman Towns. They were also to become centres of political and administrative control but also provided defence and security. It was a combination of both political and economical factors that promoted growth of these towns.