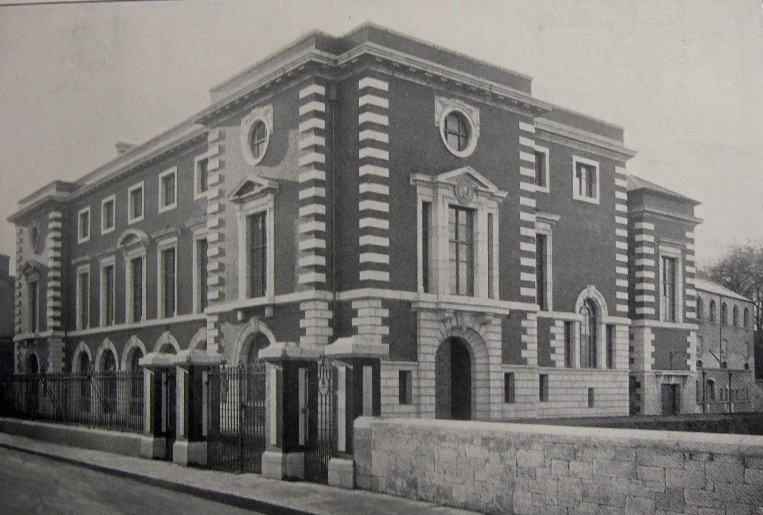 In reaching the end of the series on the Crawford Municipal Technical Institute, there are always the plaguing questions of what other sub topics on the Tech that could have been written about. Discontinuing at the development of the new Art College premises and the RTC seems a logical stopping point. More present day local histories require a delicate balancing act between memory, fact and history. Certainly, CIT’s forty year heritage deserves a book on its own charting its rise and significance for this country, socially and economically.

The story of the Tech is a layered and complex story. To explore these complexities in a methodology sense, I have used mostly Institute archival documents, VEC minute books, and newspapers to tell the great tale of the Crawford Tech. I have used some interviews to expand the narrative. Certainly there is a need to do a proper set of interviews with past pupils and former lecturers on the importance of vocational education in this region.

Since January 2012 one of the aims of this section of the Our City, Our Town series was to showcase the development of our city as a strong heartland of education and science. The City is lucky that we have archives where one can read about the viewpoints of the leaders of vocational education throughout several decades and how such spaces like the Tech encompass those ideals. Whereas the Tech was a very real space, it also existed as a strong symbol of where Cork and Ireland needed to go in terms of educational progress. Against the backdrop of political campaigns for Home Rule, many demands for investment into Ireland, housing, and attempts to stop large scale emigration, the Agriculture and Technical Instruction (Ireland) Act in 1899 recognised the need for an Irish framework for technical education in an attempt to halt industrial and manufacturing decline. In many parts of the country, young people needed to be mentally challenged, and the schools needed to be become more efficient. There was an almost complete dearth of higher education suited to the latter needs. Concepts of progress in intellectualism and education and energy in idealism swept across the country through the technical institutes. These institutes and their aspirations were the foundations of the country’s regional colleges and universities.

Concepts of progress at the Crawford Tech followed the economic needs of the country. The hands on approaches in 1912 in subjects such as experimental science, drawing, and manual work, and domestic economy were swept away by the need for understanding the use of large scale mechanised machinery. As outlined throughout this column series, the Tech impressively showed leadership in all its actions, programmes, ongoing discussions and ideas. The technical movement was also open to every Irish man and woman; it did not engage in political or religious difference. Improvement and development became hallmark words when it came to progress. Practical experience and wide knowledge were freely given for the public good. The Crawford Tech’s first principal John H Grindley in one of his first reports wrote about the concept of the public good; “the work of the institute cannot fail to have far reaching affects on the intellectual well being of the workers, in training the intelligence of the leaders of industry”.

Fast forward in time and one gets the rich and layered leadership stories of industry in the Cork City and harbour region in the 1950s and the creation of a number of large industrial projects – two were developed by the ESB – the Lee hydroelectric scheme and the Marina plant; then there was Whitegate Oil Refinery, Verome Dockyard, Goulding’s Fertilisers and Irish Steel Ltd on Haulbowline. These were followed by the construction of Cork Airport, and developments at Fords and Dunlops at the Marina, Cork City. All of these require further research in terms of their significance in framing the development of Ireland’s industrial culture.

So many people have passed the doors of the Crawford Tech building over the years. It is a space of inspiration. How many people have been pushed forward and inspired there is incalculable. Its current use as the City’s art college allows visitors at the end of year art exhibitions to wander the old rooms of the Tech. The artworks place their own meaning on the building’s web of corridors and multiple rooms. But beyond that you will see the beauty of Arthur Hill’s red brick structure. Sometimes we as citizens don’t look up enough to appreciate the beautiful and multi-layered architectural styles we have. Arthur Hill (1846-1921) was a reputable architect in his day and has left Cork city with many beautiful architectural set pieces, all of which are worth of multiple studies in themselves. With such a depth of architectural splendour and human histories, the Crawford Tech rightly deserves to be written about and showcased. If you’ve missed any of this series or previous years, log onto my website www.corkheritage.ie in the index section. The end of this series also marks the fifteenth year mark of this column, which I have always attempted to celebrate the stories and memories, which this city and region has to offer. Where to explore next is the big question!