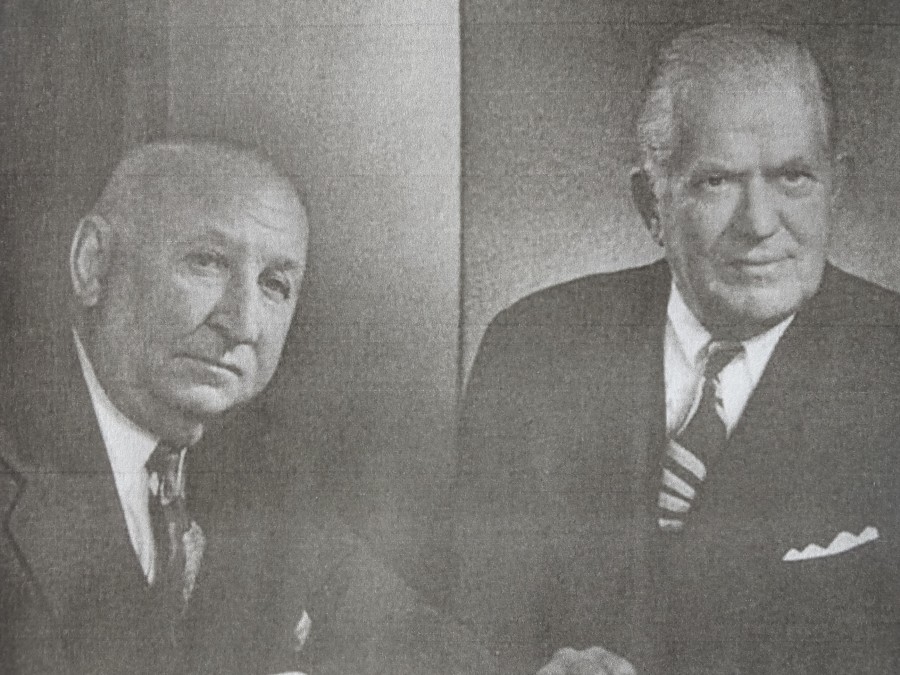 Established in 1913 by Albert V Moore and Emmet J McCormack – the Moore McCormack Company – began with one ship, which ran between the United States and Brazil. Such was that success they acquired more steamships. After the First World War, the American company bought several surplus ships and began further trading links with South America and further afield to the eastern Mediterranean, India and Western Europe.

In the autumn of 1919 the Moore McCormack Company, based on Broadway New York, was visited by Corkman Diarmuid Fawsitt. Diarmuid had been sent to New York by Dáil Éireann in particular by Acting President Arthur Griffith. In Éamon de Valera’s Papers in UCD Archives, Diarmuid was to become a reference point or a follow-up business contact for Éamon and Harry Boland on their American ‘rallying support campaign’ for Ireland’s Independence across 1919 and 1920. Diarmuid Fawsitt’s title was the “Consul and Trade Commissioner of the Irish Republic”. Diarmuid based himself in New York but was often in Boston and Washington for meetings. He regularly corresponded and collaborated with Dáil Éireann. Both could see the potential of the country to work with emerging liner companies to transport goods to and from and America. In essence, this was quite a practical strand of developing Ireland’s physical international connections. Such activity also contrasts sharply with the violence of the Irish War of Independence, which appeared more and more across Ireland in late 1919 and early 1920.

In September 1919, the Moore-McCormack Company began shipping from Philadelphia to Cork, Dublin, and Belfast. In February 1920 to honour the business agreement, Diarmuid Fawsitt commenced arrangements for the visit to Ireland of Mr Emmet J McCormack, who had Irish American ancestry. In early May 1920 Emmet McCormack travelled from New York on board one of the largest of the Cunard liners, the Kaiserin Augusta Victoria, to Liverpool via Queenstown (Cobh).

On 3 May 1920, the Cork Examiner records that Mr McCormack alighted on the quays in Cork on a transfer boat from the lower harbour. He was met by the Chairman and members of the Cork Harbour Board who escorted him to the Custom House quay where at 12.30pm he was put on tender boat named Ireland. He was officially brought back down the harbour to view its scenic and industrial points. On the outward journey a short stop look place at Victoria Deepwater Quay in order to give the party an opportunity of inspecting the site for a proposed new transit shed accommodation. As the Ireland steamed past one of the Moore McCormack Company’s ships SS Tashmoo, discharging at Ford’s wharf, greetings were exchanged. Exchanges of courtesy took place when the party steamed past Blackrock Castle, from which Irish flags were waved, and the Passage and Rushbrooke Docks. Having concluded the itinerary, the Ireland anchored at East Ferry, where a luncheon was served. Opportunity was availed of on the return journey to make a short stop in Queenstown (Cobh), where the beautiful St Colman’s Cathedral was visited and much admired by Emmet McCormack and the other guests.

In the evening Emmet J McCormack and party were entertained, to dinner in the Imperial Hotel by the Harbour Commissioners to meet leading representatives of the mercantile, industrial, and shipping community. Mr D J Lucy, Chairman, presided. Amongst those present, was Lord Mayor Terence MacSwiney. Dinner over, the Chairman rose to propose a toast to the health of Mr McCormack, which the chairman noted “had come there that day, not only as an American citizen, but as an Irishman”. The toast he added was a “symbol of the unification of the two countries of America and Ireland”. He highlighted that Mr McCormack’s Irish ancestry. He thanked him for “stepping into the breach with his line of 24 ships because his sympathy was with Ireland”. Mr Lucey outlined that with “patriotic generosity Mr McCormack was prepared, if necessary, to run a direct service to America for twelve months at a loss in order to make the venture a success”. The Chairman believed that the Moore McCormack service had come to stay, and he thanked Mr McCormack for it.

Emmet McCormack replied with deep gratitude and outlined that there were eight steamers engaged in direct service between New York and Irish ports, involving an expenditure of eight million dollars. He was proud of his Irish ancestry who he believed had always relied on their own energy, strength and accomplishments. He deemed himself glad to represent the Irish race in America, and he had no apologies to make for his pride. Their efforts in connection with the direct service between Ireland and America were not finished and were ambitious.

According to Mr McCormack, the Moore McCormack Company intended to couple up their New York-Scandinavian service, stopping at Irish ports – i.e. that accommodation would be provided for any Irish freight that might be going to Scandinavian or Baltic ports. They would endeavour to connect Ireland with New York direct, and also with Swedish and Baltic ports. While they were putting all their efforts and capital into the enterprise, they wished to develop, if possible, a returning business from Ireland.

Emmet McCormack highlighted that Ireland had resources, labour, and capital, and that must be developed. He expressed the view that in the United States they would “buy anything from Ireland”, as the people of America, were sympathetic with Ireland and its aims and ambitions, and they would pay good prices for such goods. He hoped the Irish people would co-operate with them in that direction and would make their enterprise a complete success.

The Moore McCormack Company shipped to Cork until late 1925 by which point the Irish Free State utilised less and less the shipping company on the west bound route. 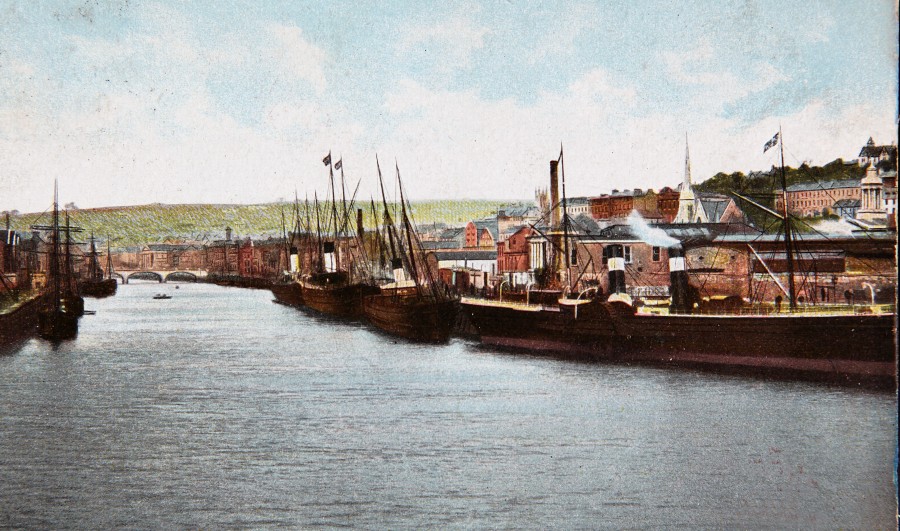