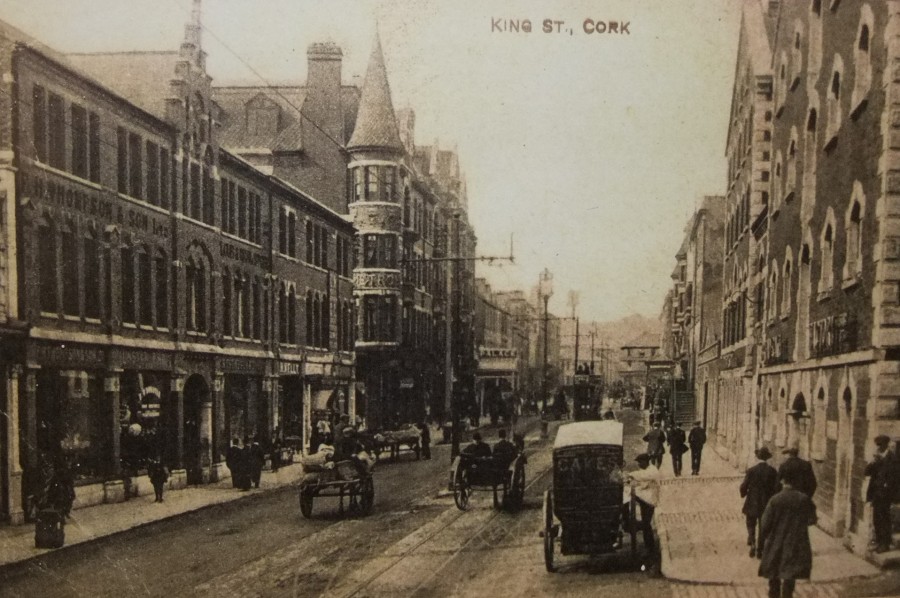 On 23 April 1920 – this week one hundred years ago – one of Cork’s principal streets was to get a name change to provide another outlet for the public outpouring of grief arising from the murder of Tomás MacCurtain. Lord Mayor Terence MacSwiney, under Lord Mayor’s items, at the Cork Corporation meeting proposed in a short motion: “That the name of King Street be changed to MacCurtain Street”. He did not wish to add anything to the motion except to say that it was their duty “to do honour to their immortal dead” but did propose that the plaque for the thoroughfare be solely in the Irish language.

There were 36 of the 56 Council members present with the majority on the night being Sinn Féin members. Commercial public representative Sir John Scott moved as an amendment that the renaming proposal matter be deferred to the next meeting in order that the people who had vested interests in the street in question could come before the Council or any public objection could be taken to the proposed change. There was no seconder to Sir John Scott’s amendment and without any more debate the Lord Mayor’s motion was carried.

Sir John Scott did give a historic reference within his speech, pointing out that King Street had been called after an old family whose members had been prominently identified with the commerce and politics of Cork. Robert King (1796-1867) was of the Kingston family of Mitchelstown Castle. He was a member of the British army, who stayed in France after Napoleon’s fall. He was returned to Parliament for County Cork – a Whig politician – from 1826 to 1832. In 1836 he was High Sheriff of County Cork.

The renaming of King Street to MacCurtain Street was one of three acts of remembrance to be put into place to consolidate the public solidarity against the murder of Tomás MacCurtain in the  weeks that followed but also they were to make sure his future memory was secured in Cork. The other acts – the inquest and a public memorial fund – also caught the public imagination.

On 30 March 1920 a public meeting was held in the City Hall to inaugurate a memorial fund for the widow und family of the Lord Mayor Alderman Tomás MacCurtain. Bishop Cohalan chaired the meeting. He very much regretted the sad and tragic event that brought them together. His first duty and the duty of the whole body of citizens was to express and convey to Mrs MacCurtain, the Lady Mayoress, their sincere sympathy on the great bereavement that had befallen her. He knew the Lord Mayor since 1916, and in his death he deemed that the citizens of Cork had lost an “intelligent, man, an upright man, and a very unselfish man”.

The Bishop denoted that the object of their meeting was to erect a financial monument or fund to the Lord Mayor, to support for a time the widow and the children. He appealed to the citizens, irrespective of creed or class, to support the fund; he noted; “it is not an appeal for a private individual; it is an appeal for a man who was the civic head of the municipality, the first citizen of Cork”.

The speeches from those present – politicians and commercial figures – contained many accolades given to Tomás and in their own way laid the foundations of how he would be remembered and described by historians in years to come. Alderman Liam de Róiste’s intervention is noteworthy in his description of Tomás. He rose and in Irish proposed the MacCurtain Memorial Fund. He appealed to the citizens of Cork and to the people of Ireland in general to make this fund a success. He said that never before in the history of Cork City had he seen such an occasion to arise; “Tomás MacCurtain was struck down by the hand of an assassin. Had he been spared those associated with his work he felt confident that his energy, his initiative, his love of country, and his desire for the city’s welfare would have been valuable assets to the whole community, and would have been meant much for the progress and welfare of all of all sections and classes in the city”.

As the days and weeks passed between April and October 1920, donations were listed regularly as subscription lists – over 25 listings at least – on the Cork Examiner. By early October 1920, the public had subscribed over £14,600 in donations and over £2,300 has been given to the family. For the most part donations came in small monetary numbers – a pound and few shillings. On 26 April 1920, a letter (catalogued in Cork City and County Archives) to Lord Mayor Terence MacSwiney from Michael Collins enclosed his contribution to the Lord Mayor’s Memorial Fund. The letter noted the national significance and great importance of the fund. 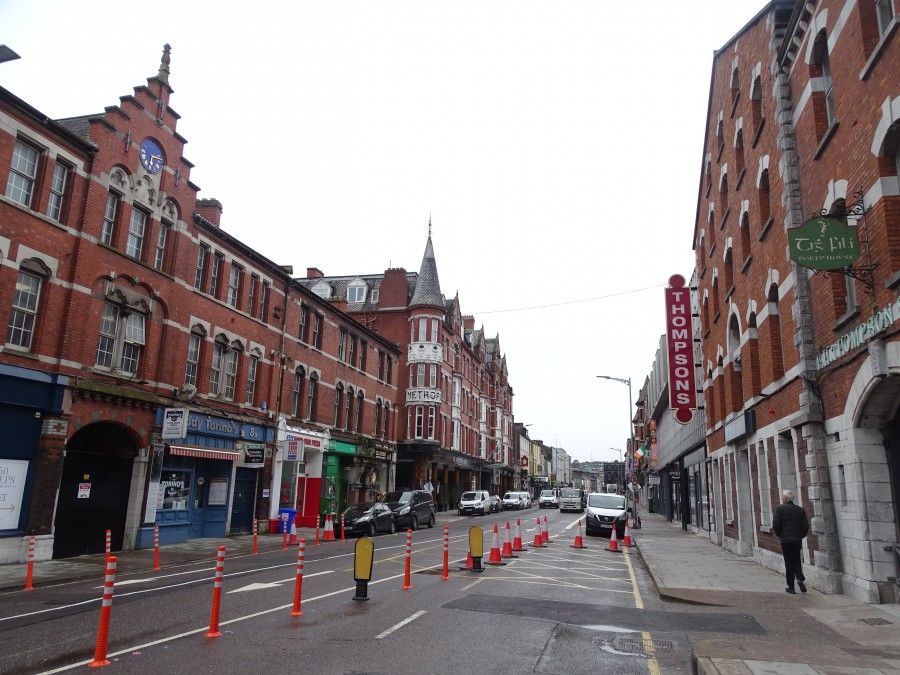