On next Saturday, 23 June, 12noon, Cllr Kieran McCarthy, in association with the Friends of St Finbarr’s Hospital, will give a public historical walking tour of the hospital grounds (meet at gate). The walk is free and takes place to support the summer bazaar of the Friends.  Cllr McCarthy noted: “For a number of years now I have ran the walking tour of the workhouse story at St Finbarr’s Hospital. Of the twenty or more city and suburban walking tour sites I have developed the tour of the workhouse site has been popular. The tour though is eye-opening to the conditions that people endured in the nineteenth century but a very important one to tell. The dark local histories are as important to grapple with as the positive local histories. Cork city is blessed to have so much archival and newspaper material to really tell the story of the Cork workhouse. Out of this tour I have developed a walking tour as well around the old Our Lady’s Hospital, which I will run for National Heritage Week in August this year”.

Cllr McCarthy highlighted: “A present day blocked up archway on Douglas Road was the old entrance to the laneway that ran down from Douglas Road through market gardens to the workhouse complex. Between 1838 and 1845, 123 workhouses were built, which were part of a series of districts known as Poor Law Unions. The cost of poor relief was met by the payment of rates by owners of land and property in that district. In 1841 eight acres, one rood and 23 perches were leased to the Poor Law Guardians from Daniel B Foley, Evergreen House, Cork. Mr Foley retained an acre, on which was Evergreen House with its surrounding gardens, which fronted South Douglas Road (now a vacant concrete space). The subsequent workhouse that was built on the leased lands was opened in December 1841. It was an isolated place, built beyond the City’s toll house and toll gates. The Douglas Road workhouse was also one of the first of the workhouses to be designed by the Poor Law Commissioners’ architect George Wilkinson”. 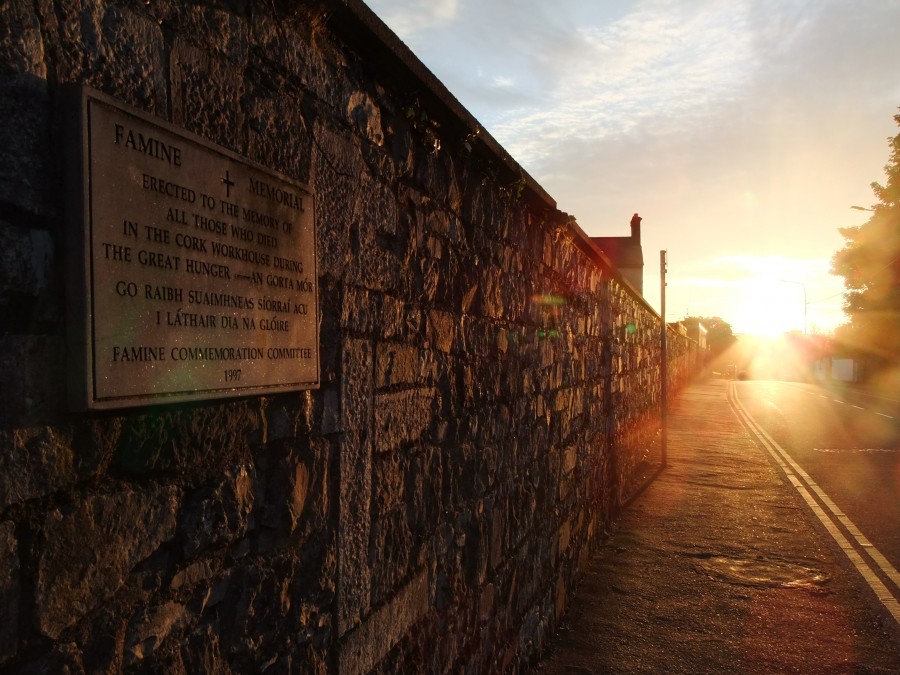 “I have had numerous emails from constituents in Ballinlough who have asked for better traffic management. Many have asked me to convey that the recent Ed Sheeran concert traffic management plan needs to be the baseline of all traffic management at least. The current match traffic management plan is not sustainable in the long-run. The local roads cannot cope with the traffic. It is also very difficult to predict traffic movements from match to match. Random parking on greens and grass verges should not be allowed. Ticketing of cars needs to be consistently pursued and towaway needs to be in operation where residents are blocked into their house. I have had calls as well for consideration for a 3-4 km match parking exclusion zone around Pairc Uí Chaoimh. Certainly, the Garda contingent present needs to provide a few more members to push cars on, who are thinking of parking on pinch points before any match begins”.

In response to Cllr McCarthy’s intervention and committee members Stadium Manager Bob Ryan went through initiatives being rolled out to curb the recent traffic chaos from happening in the future. The stadium is working with local GAA grounds to provide parking spaces. Initiatives are ongoing to get more people on shuttle buses and get people walking from the city centre. The clubs of participating counties in stadium matches receive a press release outlining traffic measures in place before the game. There is a dedicated website, where information is posted seven days previously

Bob Ryan outlined that the Ed Sheeran traffic dynamics is difficult to re-emulate but the stadium management remains committed to changing the habits of drivers causing traffic problems. Mr Ryan noted that he is open to costing further shuttle buses to and from the stadium from other parts of the city. He also highlighted that the thousands of GAA supporters who have parked up in the city centre have been of huge benefit to local business. He also called for more ticketing of cars parked up illegally. In concluding with councillors, he noted that he remains open to ideas to try to resolve traffic issues. The Roads and Transportation Functional committee called for the stadium management to be present at future meetings to discuss ongoing traffic issues.