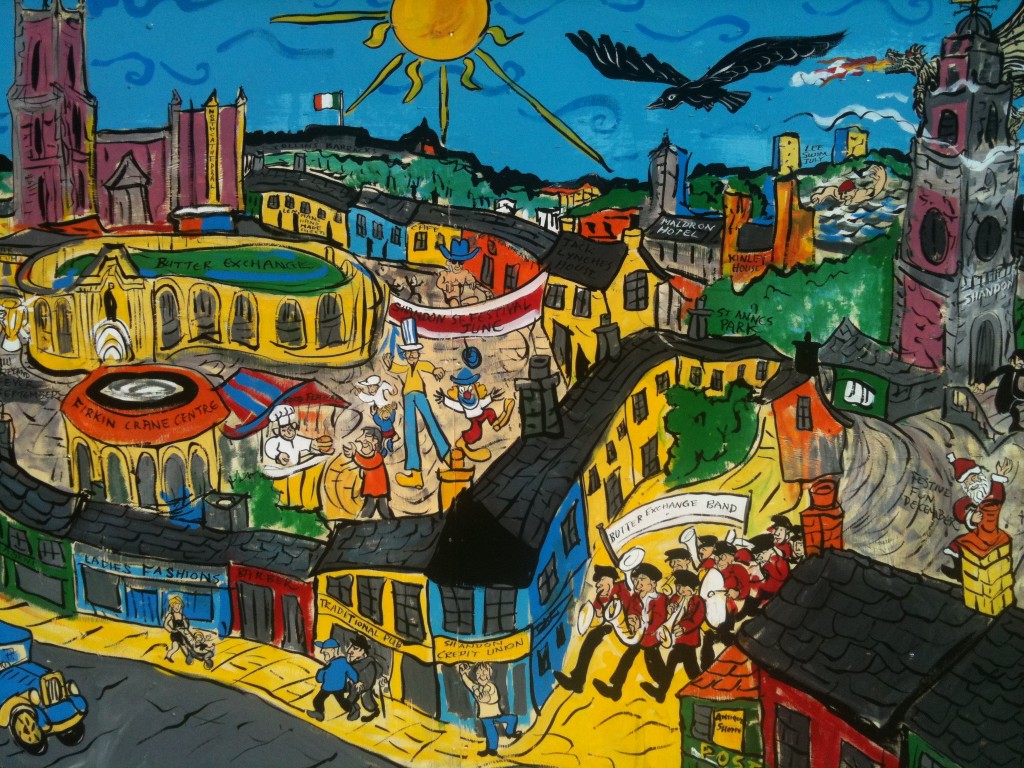 National Heritage Week is upon us again next week (20th – 28th August). It’s going to be a busy week. I have set up a number of events. They are all free and I welcome any public support for the activities outlined below:

This is a family activity, which leads participants into the heart of old Cork looking for clues. This year the focus is on the Shandon area. Clues will be found across the landscapes and buildings of this area. The trail is a hands on fun activity that requires looking up and around and finding clues to reveal a special prize!

In association with the North Mon Bicentenary celebrations, this is the first of two historical walking tours around the North Mon area. The first tour was open to booking through the North Mon Past Pupils Union facebook account and is now fully booked up. A second tour runs on Thursday 25 August at 7pm from the gates of the North Mon (To book your place for this your please email your name with the subject title as “Tour” to northmon.ppu@googlemail.co​m). The North Mon is a place deeply rooted in Cork’s cultural identity. One is dealing with a long standing culture of hard slog, struggle, hardship, discipline, ambition and determination that has brought the North Mon to this point in its life. This walk explores the early origins of the school and the context in which it was established.

The school was set up by the Christian brothers as a response to rampant poverty in the city. Way back 200 years ago John Carr, an Englishman, a travel writer of sorts in 1805, describes Cork’s economic fabric and social life. Cork was the largest butchery in Ireland and living conditions for the poorer classes in Cork were terrible and shocking. Many of the impoverished homes were located in narrow lanes and varied from cabins to cellars. This historical walking tour weaves its way from the North Mon into Blackpool, Shandon and Gurranbraher highlighting nineteenth century life in this corner of Cork from education to politics, to religion, to industry and to social life itself.

Thursday, 25th August, 11am; Perspectives on the History of Douglas, lecture at Douglas Library.

The story of Douglas and its environs is in essence a story of experimentation, of industry and of people and social improvement.  As early as the late thirteenth century King John of England made a grant of parcels of land, near the city of Cork to Philip de Prendergast. On 1 June 1726, Douglas Factory was begun to be built. Samuel Perry and Francis Carleton became the first proprietors. They were also members of the Corporation of Cork at the time. The Douglas sailcloth factory was founded by a colony of weavers from Fermanagh. The eighteenth century was the last golden age for wooden sailing ships, before the 1800s made steam and iron prerequisites for modern navies and trading fleets.  It was a golden age too for maritime exploration, with the voyages of James Cook amongst others opening up the Pacific and the South Seas. Douglas in its own way added in part to this world of exploration.

Come view my new photo exhibition on the heritage of the Lee Valley called “Voices of the Lee Valley” in association with Water Heritage Open Day at the Lifetime Lab on the Lee Road, Cork. It celebrates the memories of some of the people I met in the field over the five and a half years of the Lee Valley study in Our City, Our Town.

One of the most splendid buildings of Cork is Cork City Hall. The current structure, replaced the old City Hall, which was destroyed in the ‘burning of Cork’ in 1920. It was designed by Architects Jones and Kelly and built by the Cork Company Sisks. The foundation stone was laid by Eamonn de Valera, President of the Executive Council of the State on 9th July, 1932. The first council meeting was held in City Hall on the 24 April 1935. Celebrating its 75th anniversary this September, the building was formerly opened by Eamonn DeValera on 8th September, 1936. The building is designed on classic lines to harmonise with the examples of eighteenth and nineteenth century architecture. The facades are of beautiful silver limestone from the Little Island quarries.

More information from Kieran if required at 0876553389 or email info@kieranmccarthy.ie

604a. Mosaic of life on Shandon Street on the street itself by Cork Community Art Link, August 2011 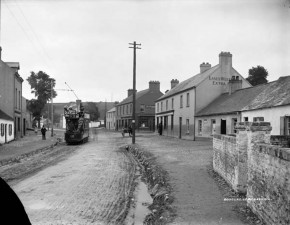