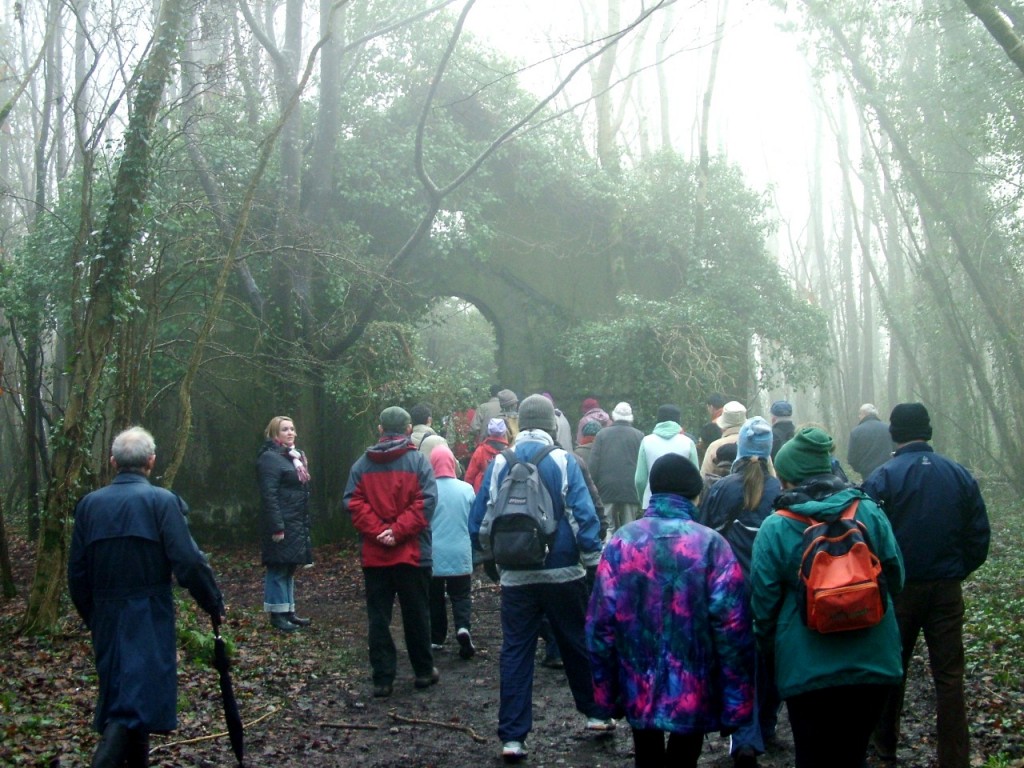 The Familiar and Forgotten

In the year 1888, the Ballincollig Gunpowder Mills were bought by John Briscoe and soon after came under the control of Curtis’s and Harvey. The mills closed in 1903 due to the advent of the production of dynamite. The Curtis and Harvey’s mills were then absorbed into Imperial Chemical Industries (ICI). The site was bought by Cork County Council in 1974, which developed it into a public park.

It’s a difficult thing to compress the decline of the mills into one paragraph – that the mills failed to move with the times. Jobs were lost; the buildings were emptied of human life and began their ruin time. I think there are a lot of questions to ask of such a complex in terms of the human story itself. I personally am drawn to the idea of a mill on a river – making a product that had all sorts of meanings with it. One can destroy – destroy to gain power or destroy to build a civilisation.

It is known that most of the finished gunpowder product was exported to Liverpool before it was sent onto to Africa. By the end of the nineteenth century, the so called ‘Scramble for Africa’ had led Europeans to chart the Nile from its source and other rivers whilst also realising the vast resources of Africa. Through production Ballincollig was connected to that hub of activity thousands of miles away on another continent.

Without a guide the ruinous buildings and their shapes are strange and wonderful to engage with – the fallen rubble, their danger, their oddness, the shape of nature’s forms as trees burst through walls- the thorns which stick into you and you try to reveal something overgrown. Before even researching the mills I was particularly drawn to the frozen cog-wheels and sluice gates at the western end of the regional park. I often wondered what would happen if the mechanisms was released.

However, doing research and fleshing out the exploration with knowledge brings a layer of understanding but also more questions. Over the years, scholars such as George Kelleher, Colin Rynne, Dermot Lucey, Catyrn Power, Anne Donaldson and Jenny Webb and the former gunpowder heritage centre (now closed) have all contributed to a renewed appreciation of the ruinous mill complex amongst the Cork public. Walking through and re-living the experience of the mills with a guide is something exciting as one now scrambles through the overgrowth to reveal the different parts of the gunpowder production. However, despite that I feel there is a tendency in the wider field of Cork’s heritage that here is a site that is suffering from amnesia – that the mill complex closed and that all its memories were chosen not to be publicly recorded in any way.

Apart from shining a torch into the darker places of the gunpowder stores –the ongoing historical work by the new generation of scholars such as Jenny Webb is more than just recovering the facts and figures of the various mill buildings. It seems also to be about recovering how it all worked, repairing the historical narrative, interpreting, re-interpreting, guarding and re-engaging it. However, for local historians such as Jenny it seems also to be about trying to find ways of re-building the story of the mills back into present day life. I have met local historians in the Lee Valley who use methods such as lectures, field walks and publications to ignite interest in a historical place or event that is usually familiar but generally forgotten. Such work I feel is crucial for building identity but also puts a meaning on a forgotten experience.

As one walks the regional park, the act of reflecting on the human experience of the site fleshes out the historical narratives and the processes themselves. The building blocks of memory are now gone. The sounds of the craftsmen, the coopers, the saw mills, the barge rowers in the canal, the family chatter in the houses at night – they can only be imagined now.

Today, the white washed gatehouse at the western section to the park provides an interesting contrast to the nearby skateboard park. The gatehouse was one of watchtowers built for security measures. Anyone entering the site was subject to a search. The danger of this leads to the explorer to ponder about the hidden away site (which possibly has contributed to the lack of memory of this site). If you worked within the walls, I presume you couldn’t talk about the layout and processes outside the complex. I wonder about the people who controlled the sluice gates to the canal and the people who used the canal carefully bringing the various processes together – whilst chatting about their own challenges in life.

The memories of the gunpowder mills are lying in pieces. For these pieces to be ever to be built up, guardians need to rise and find new strategies of integrating the heritage of this site into the fast globalised world we live in. However, this is not just a challenge for the Ballincollig site but for many heritage sites across the Irish landscape.

528b. Exploring a magazine store on a field walk with Jenny Webb, winter 2006 (picture: Kieran McCarthy) 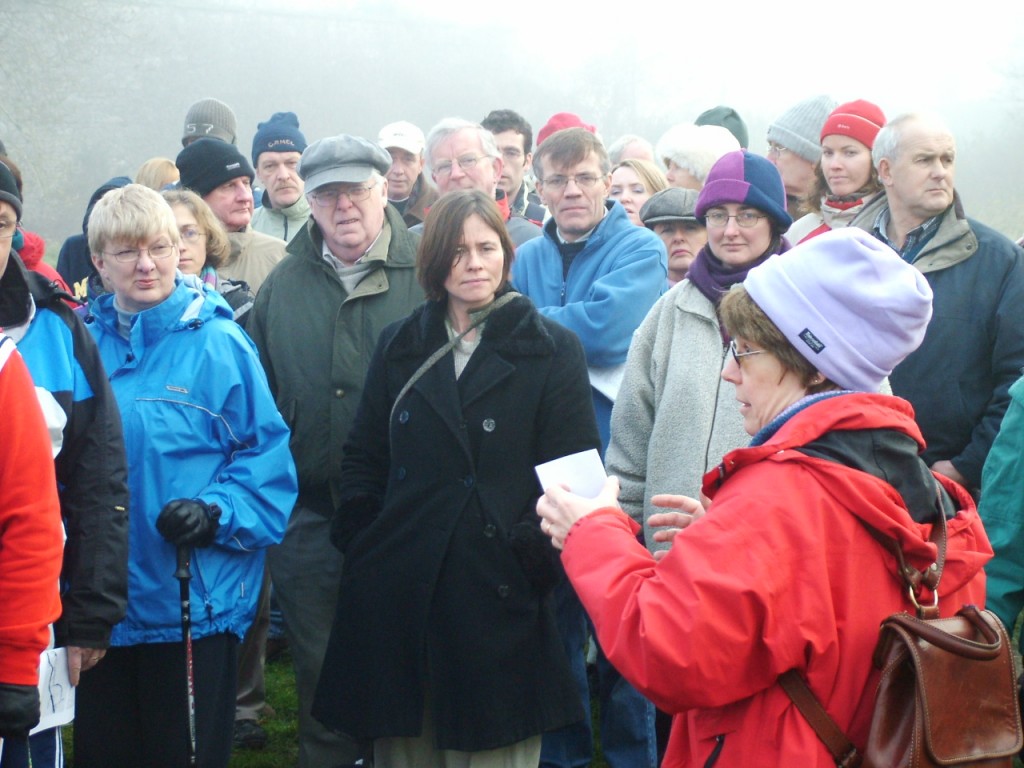