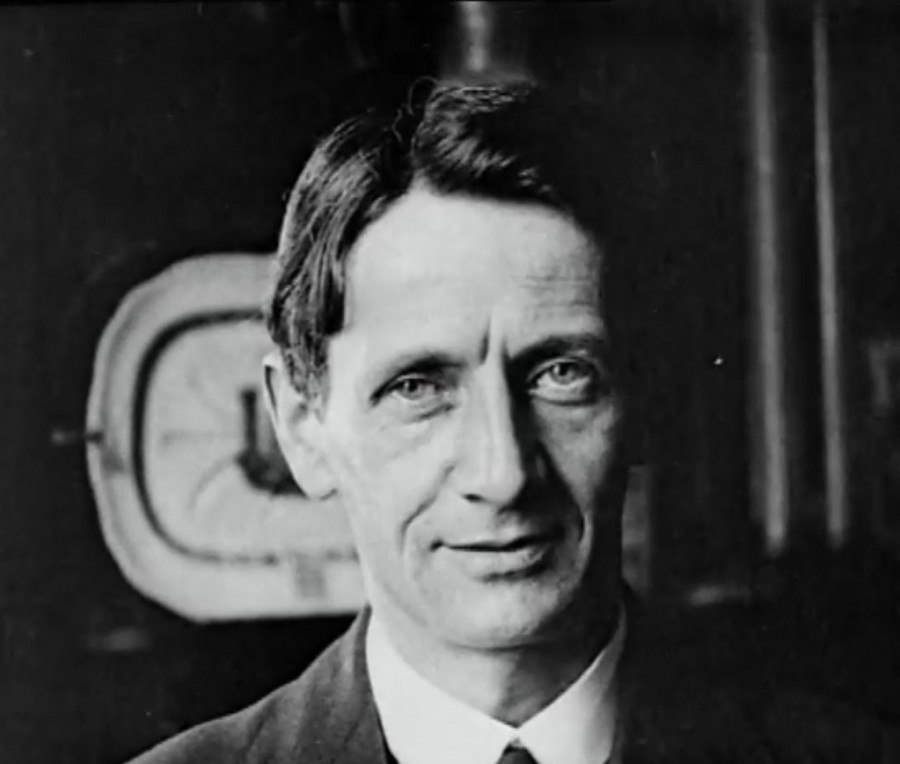 A special meeting of the Council of the Cork Corporation was held on 30 March 1920 in the old Cork City Hall, for the purpose of electing a Lord Mayor in lieu of the tragic death of Tomás MacCurtain. In light of the turbulent times just 32 of the 56 members were present. On the motion of Alderman Liam de Róiste, Professor Stockley was moved to the chair. Alderman de Róiste, speaking in Irish proposed that Terence MacSwiney be elected. Alderman Barry seconded, and the motion was supported by Sir John Scott.

There was no other candidate proposed, and the Chairman, amid loud applause, declared Cllr Terence MacSwiney unanimously elected.  As Terence left his seat in the Chamber to walk to the chair, the audience and members of Council stood up and cheered.

Having been invested with the chain of office the Lord Mayor first spoke in Irish. He then continued in English outlining his view of the events of the previous weeks – the murder of his friend Tomás MacCurtain and his thoughts on hope, sacrifice and endurance. Below is  his speech from his inauguration, which was published in the Cork Examiner of the day and in a number of other regional newspapers:

“I shall be as brief as possible. This is not an occasion for many words, least of all a conventional exchange of compliments and thanks. The circumstances of the vacancy in the effect of Lord Mayor governed inevitably the filling of it. And I come here more as a soldier, stepping into the breach, than an administrator to fill the first post in the municipality. At a normal tine it would be your duty to find for this post the Councillor most practised and experienced in public affairs. But the time is not normal.

We see in the manner in which our Late Lord Mayor was murdered an attempt to terrify us all. Our first duty is to answer that threat in the only lilting manner by showing ourselves unterrified, cool and inflexible, for the fulfilment of our chief purpose – the establishment of the independence and integrity of our country the peace and happiness of our country. To that end I am here. I was more closely associated than any other hero with our late murdered friend and colleague, both before and since the events of Easter week, in prison and out of it, in a common work of love for lreland, down to the hour of his death.

For that reason I take his place. It is, I think, though I say it, the fitting answer to those who struck him down. Following from that there is a further matter of importance only less great – it touches the efficient continuance of our civic administration. If this recent unbearable aggravation of our persecution by our enemies should cause us to suspend voluntarily the normal discharge of our duties it would help them very materially in their campaign to overthrow our cause. I feel the question of the future conduct of our affairs is in all our mind. And I think I’m voicing the general view when I say that the normal functions of our Corporate body must proceed, as far as in our power lies, uninterrupted, with that efficiency and integrity of which our late civic head gave such brilliant promise. I don’t wish to sound a personal note, but this much may be permitted under the circumstances – I made myself active in the selection of our late colleague for the office of Lord Mayor. He did not seek the honour, and would not accept it as such, but when put to him as a duty he stepped up to his place like a soldier.

Before his election we discussed together in the intimate way we discussed everything touching our common work since Easter week. We debated together what ought to be done and what could be done, keeping in mind, us in duty bound, not only the ideal line of action, but the practicable line at the moment as well. That time he followed with an ability and success all his own. Gentlemen, you have paid tribute to him on all sides. It will be my duty and ready purpose to follow that line as faithfully as in my power, though no man in this Council could hope to discharge its functions with his ability and his perfect grasp of public business in all its details and, as one harmonious whole. I have thought it necessary to touch on this normal duty of ours, though – and it may seem strange to say it – I feel at the moment it is even a digression. For the menace of our enemies hangs over us, and the essential immediate purpose is to show the spirit that animates us, and how we face our future.

Our spirit is but to be a more lively manifestation of the spirit in which we began the year to work for the city in a now zeal. Inspired by our initial act when we dedicated it and formally attested our allegiance, to bring by our administration of the city glory to our allegiance, and by working for our city s advancement with constancy in all honourable wavs in her new dignity as one of the first cities of Ireland, to work for, and, if need be, to die for.

I would recall some words of mine on that day of our first meeting after the election of Lord Mayor. I realised that most of you in the minority here would be loyal to us, if doing so did not threaten your lives; but that you lacked the spirit and the hope to join with us to complete the work of liberation so well begun. I allude to it here again, Because I wish to point out again the secret of our strength and the assurance of our final victory. This content of ours is not on our side a rivalry of vengeance, but one of endurance – it  is not they who can inflict most but they who can suffer most – will conquer – though we do not abrogate our function to demand and see that evil doers and murderers are punished for their crime? But it is conceivable that they could interrupt our course for a time; then it becomes a question simply of trust in God and endurance. Those whose faith is strong will endure to the end, and triumph. The shining hope in our time is that the great majority of our people are now strong in that faith”.

To you, gentlemen of the minority here, I would address a word. I ask you again to take courage and hope. To me it seems – and I don’t say it to have won – that you have a lively faith in the power of the devil, and but little faith in God. But God is over us, and His Divine intervention we have perfect trust. Anyone surveying the events in Ireland for the past five years must see that is approaching a miracle how our country has been preserved. God has permitted this to be to try our spirits, to prove us for a great and noble destiny. You among us have yet no vision of the future, have been astray by false prophets. The liberty for which we today strive is a sacred thing – inseparately entwined as body with soul with that spiritual liberty for which the saviour of man died, and which is the inspiration and foundation of all just government because it is sacred, and death for it is akin to the sacrifice on Calvary, following far off but constant to that Divine example in every generation our best and heaviest have died.

Sometimes in our grief we cry out foolish and unthinking words; “the sacrifice is to great”. But it is because they were our best and bravest they had to die. No lesser sacrifice would save us. Because of it our struggle is holy – our battle is sanctified by their blood, and our victory is assured by their martyrdom. We, taking up the work they left is complete confident in God, offer in turn sacrifice from ourselves. It is not we who take innocent blood, but we offer it, sustained by the example of our immortal dead and that Divine example, which inspires us all – for the redemption of our country. Facing our enemies, we must declare our attitude supply. We ask for no mercy, and we make no compromise. But to the Divine author of mercy, and we will make no compromise. But to the Divine author of mercy we appeal for strength to sustain us, whatever the persecution, that we may bring our people victory in the end. The civilised world dare not continue to look on indifferent. But if the rulers of earth fail us we have yet sure succour in the Ruler of Heaven; and though to some impatient ears. His judgements seem slow; they never fail, and when they fail they are overwhelming and final.