This year marks the thirteenth year of the Discover Cork: Schools’ Heritage Project co-ordinated by myself. The Project for 2016 recently culminated in two award ceremonies. It is open to schools in Cork City and County – at primary level to the pupils of fourth, fifth and sixth class and at post-primary from first to sixth years. A total of 44 schools in Cork took part this year. Circa 1200 students participated in the process and approx 200 projects were submitted on all aspects of Cork’s history.

One of the key aims of the project is to allow students to explore, investigate and comment on their local history in a constructive, active and fun way. The emphasis is on the process of doing a project and learning not only about your area but also developing new personal skills. Many of the topics in the city such as Shandon or UCC have a myriad of history books written on them. However, the challenge in this project is to get students to devise methodologies that provide interesting ways to approach the study of local history for up-and-coming generations. Submitted projects must be colourful, creative, have personal opinion, imagination and gain publicity. These elements form the basis of a student friendly narrative analysis approach where the students explore their project topic in an interactive way. In particular students are encouraged to attain primary material through engaging with a number of methods such as fieldwork, interviews with local people, making models, photographing, cartoon creating, and making short films of their study topic.

Students are to experiment with the overall design and plan of their projects. It attempts to move the student to become more personal and creative in their approaches. Much of the work could be published as local heritage / history guides to people and places in the region. For example, a winning class project from Cork Educate Together on Grattan Street this year focussed on the history of 1916 in Cork City Centre researched it, mapped out its legacies through interviewing local people and even added in their own mixed family history to add to the complexity of the 1916 narrative. Light was shone on lesser commemorated volunteers who fought in Dublin in the Rising – for example born in 1887, near Drinagh, Sean Hurley was the only Corkman who died in or was executed for his participation in the 1916 Easter Rising. In literature about Michael Collins you will see Sean’s name. Sean’s sister Kate was Michael’s sister-in-law; she was the first wife of Michael’s oldest brother Johnny Collins. To commemorate the memory of Sean Hurley and his fallen comrades, a day of celebration and remembrance, in their honour will be held in Drinagh, County Cork, 1 May 2016.

This year marks went towards making a short film or a model on projects to accompany history booklets. Submitted short films this year had interviews of family members, neighbours to local historians to the student taking a reporter type stance on their work. Some students also chose to act out scenes from the past. Students from Our Lady of Lourdes National School, Ballinlough this year composed a rap song on the story University College Cork.
The creativity section also encourages model making. The best model trophy in general goes to the creative and realistic model. Models of Cork City Gaol and St Anne’s Church, Shandon featured this year in several projects – not only physical models but Minecraft digital models as well.

Every year, the students involved produce a section in their project books showing how they communicated their work to the wider community. It is about reaching out and gaining public praise for the student but also appraisal and further ideas. Some class projects were presented in nursing homes to engage the older generation and to attain further memories from participants. Students were also successful in putting work on local parish newsletters, newspapers and local radio stations and also presenting work in local libraries. This year the most prominent source of gaining publicity was inviting the public into the classroom for an open day for viewing projects or putting displays on in local GAA halls, credit unions, community centres and libraries.

Overall, the Discover Cork: Schools’ Heritage Project attempts to provide the student with a hands-on and interactive activity that is all about learning not only about your local area but also about the process of learning by participating students. The project in the city is kindly funded by Cork Civic Trust (viz the help of John X Miller), Cork City Council (viz the help of Heritage Officer Niamh Twomey), the Heritage Council with media support from the Evening Echo as well. Prizes were also provided in the 2016 season by Lifetime Lab, Lee Road (thanks to Meryvn Horgan), Sean Kelly of Lucky Meadows Equestrian Centre Watergrasshill and Cork City Gaol Heritage Centre. The county section is funded by myself and students. A full list of winners, topics and pictures of some of the project pages for 2016 can be viewed at my website www.corkheritage.ie and on facebook at Cork, Our City, Our Town. For those doing research, www.corkheritage.ie has also a number of resources listed to help with source work.

838a. Representatives of the County schools involved in the Discover Cork: Schools’ Heritage Project 2016 at the recent award ceremony in Silversprings Convention Centre (picture: Yvonne Coughlan) 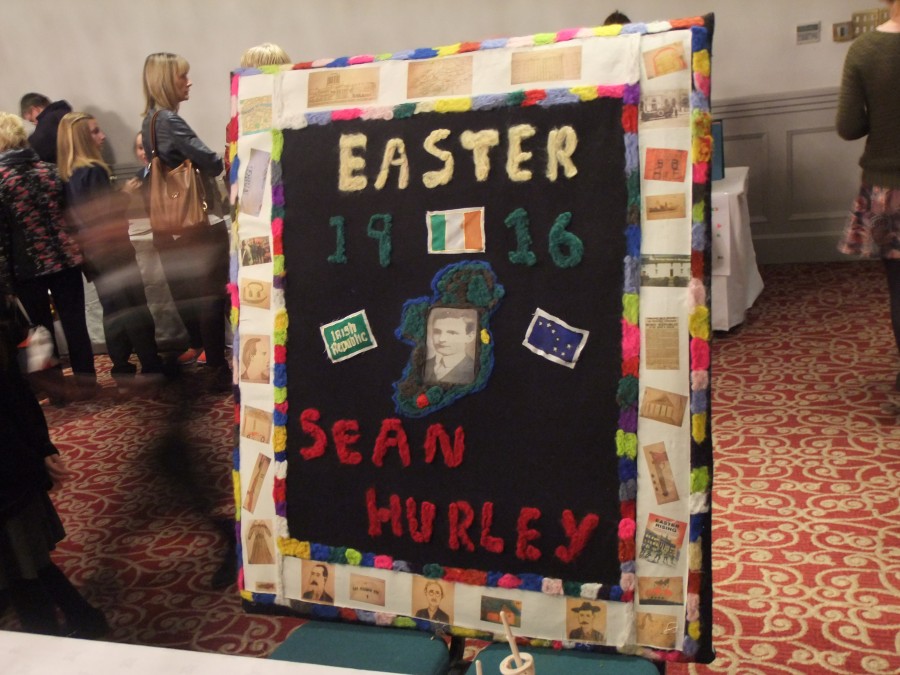