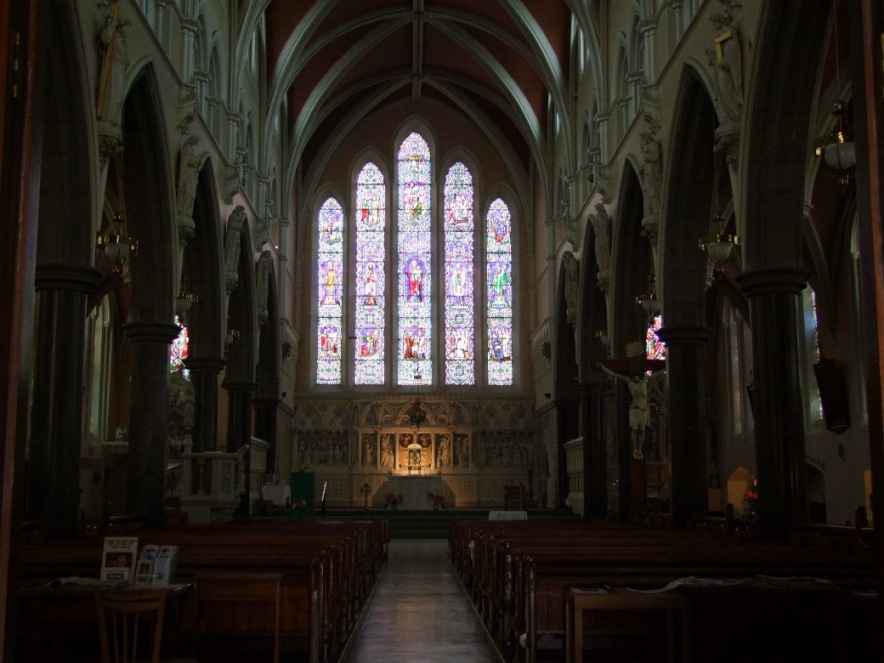 We’re into the final few days of National Heritage week. I have two tours left this week:

With regard to the Sunday’s Well tour, I am a big fan of St Vincent’s Church. The site of the church was donated to the Vincentian Fathers by a Miss Mary Mac Swiney of Sunday’s Well. The plans for the church were prepared by Sir John Benson whose other works, included the building of thirty bridges in County Cork, the re-construction of the North Gate Bridge, the city’s Athenaeum which was later converted into the Opera House, just to mention a few. The original plans of the church were to be dominated by a large ornate spire. However, owing to its cost of construction, it was not incorporated into the building. Instead, twin turrets were added.

The proposals also set out designs for the building of a house for missions and retreats. The funds were collected by the very Rev. Michael O’ Sullivan, who was Vicar-General of the Diocese at the time and who had become a Vincentian on 1 February, 1848. The foundation stone was laid on 24 October 1851 on the Feast of St Raphael, by Rev. Dr. Delaney, Bishop of the Diocese. Two years later in 1853, disaster struck. The walls had now been built and the church was partially roofed, when a terrible catastrophe occurred. On 4 November 1853, a powerful storm swept away the roof and stonework. This provoked the sympathy and support of the people of Cork and many friends in the south of Ireland. At a public meeting in the city, the Vincentians collected £700. A bazaar was organised by the Ladies of Charity of St. Vincent de Paul and this raised £600. The Archdiocese of Dublin sent £100 and the dioceses of Munster also sent a large contribution. Subsequently, the church was soon re-built and opened.

On 20 July, 1856, St. Vincent’s was re-dedicated. Dr. Delaney performed the ceremony and celebrated the Solemn High Mass while the sermon was said by the most Rev. Dr. Dixon, Archbishop of Armagh. The Archbishop of Dublin and seven bishops were present. The church itself was only consecrated on 14 October 1906. The old High Altar, which has been replaced by a modern liturgical altar, was of marble and Caen Stone. The Tabernacle was surrounded by a decorative canopy and spire. Today, a small ornate altar exists.

The Passion Altar is also of Caen stone and varied marbles. The story of the Passion is carved behind the altar. The left hand side altar (facing the main altar) displays the Pieta, Mary holding Christ in her arms. The right hand side altar is dedicated to Mary, mother of Christ and is comprised of Cobh and Midleton Marbles, with Connemara green. This contrasts well to the rest of the Church’s silican white, black and gold marble. It was in the 1960s that the old High Altar was changed to a new more modern altar.

One of the main features of St Vincent’s Church is its stained glass windows. For example, the eastern window has the Blessed Virgin in the centre; St Joseph and St Patrick stand on her right and on her left hand, St Vincent and St FinBarre. The rest of the window represents the life of St Vincent. Another feature is the organ, which was originally built by Messrs Telford, Dublin in 1859. This was divided into two sections by Messrs Magahy and Son, Cork, in 1904.

The sacristy was a gift from Fr Sean Campell C.M., was opened in 1900 and is composed of two pictures, St. Patrick and St. FinBarre on its side walls. Both are of the Munich School of Art. The Stations of the Cross were presented in 1856, to the most Rev. Dr. Gilooly, Bishop of Elphin, who as a young priest worked as a builder of St. Vincent’s Church. Indeed, it is noted that the main body of the church was not completed until 1886 under the direction of new plans by Samuel F Hynes. Hynes was part of a wider group of late nineteenth-century architects employed to create new symbolism for the Catholic Church which was growing in strength since the passing of the Catholic Emancipation Act in 1829. Hynes was an architect of great experience, and had been involved in the re-building or design of additions in several churches within the Cork area and wider afield. He re-interpreted a smaller version of Cormac’s Chapel for Gougane Barra. Samuel Hynes, who completed much work for the Diocese of Cork and further afield. He was involved in the design of eight churches over a sixteen year period. The eight churches, somewhat similar in design, created a forum for engaging with the Catholic Church and its character.

807b. Samuel Hynes, architect, who prepared the plans to finish off the interior of St Vincent’s Church in 1886 (source: Cork City Library) 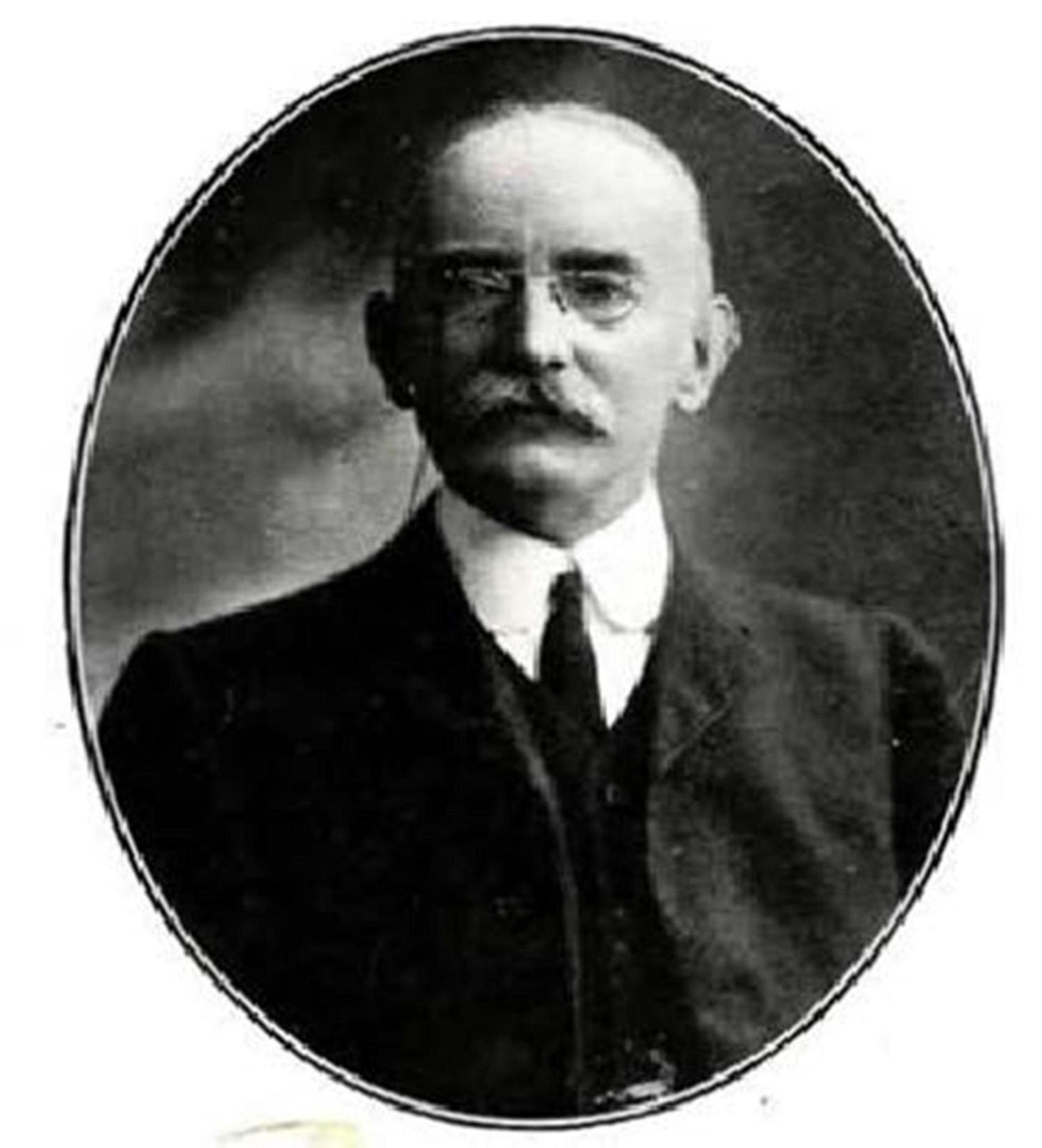