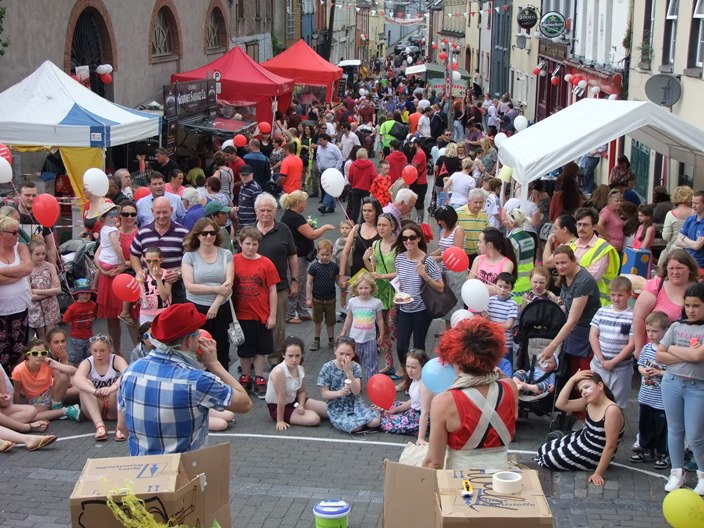 The walking tours intertwine from Shandon into Blackpool and Gurranbraher highlighting several centuries of life in these corners of historic Cork from education to housing to politics, to religion, to industry and to social life itself. Tradition is one way to sum up the uniqueness of Shandon Street. Despite being a physical street, one can stroll down (or clamber up), the thoroughfare holds a special place in the hearts of many Corkonians. The legacy of by-gone days is rich. The street was established by the Anglo-Normans as a thoroughfare to give access to North Gate Drawbridge and was originally known as Mallow Lane. Shandon Street locals identify with the special old qualities of the street. Different architectural styles reflect not only the street’s long history but also Cork’s past.

In the time of the Anglo Normans establishing a fortified walled settlement and a trading centre in Cork around 1200 A.D., North Gate Drawbridge formed one of the three entrances –South Gate and Watergate being the others. North Gate Drawbridge was a wooden structure and was annually subjected to severe winter flooding, being almost destroyed in each instance. In May 1711, agreement was reached by the council of the City that North Gate Bridge be rebuilt in stone in 1712 while in 1713, South Gate Bridge would be replaced with a stone arched structures. The new North and South Gate bridges were designed and built by George Coltsman, a Cork City stone mason/ architect.

Between 1713 and the early 1800s, the only structural work completed on North Gate Bridge was the repairing and widening of it by the Corporation of Cork. It was in 1831 that they saw that the structure was deteriorating and deemed it unsafe as a river crossing for horses, carts, and coaches. Hence in October 1861, the plans by Cork architect Sir John Benson for a new bridge were accepted. In April 1863, the foundation stone for the new bridge was laid. The new bridge was to be a cast-iron structure with the iron work completed by Ranking & Co. of Liverpool. An ornate Victorian style was incorporated into the new structure with features such as ornamental lamp posts and iron medallions depicting Queen Victoria, Albert the Prince Consort, Daniel O’ Connell, the Irish Liberator and Sir Thomas Moore, the famous English poet. The new North Gate Bridge was officially opened on 17 March, St Patrick’s Day 1864 by the Mayor John Francis Maguire in the company of Sir John Benson, the designer and Barry McMullen, the contractor. Nearly 100 years later – circa early 1960s, the bridge would have to be reconstructed again due to increased traffic.

On 6 November 1961, the new and present day bridge, of concrete slabs was opened by Lord Mayor, Antony Barry TD accompanied by the Parish Priest of SS. Peter’s and Paul’s Church, the Rev. Canon J. Fehily who blessed the structure before it was opened. The new bridge was named Griffith Bridge in honour of Arthur Griffith head of the Irish delegation at the negotiations in London that produced the Anglo-Irish Treaty of 1921.

There are multiple layers of history around the Shandon quarter. Amongst them is the story of the great butter market. By the mid 1700s, the native butter industry in Cork had grown to such an extent due to British empire expansion that it was decided among the main city and county butter merchants that an institution be established in the city that would control and develop its potential. The Committee of Butter Merchants located themselves in a simple commissioned building adjacent to Shandon. The committee comprised 21 members who were chosen by the merchants in the city.

Blackpool was the scene of industry in Cork in the eighteenth and nineteenth centuries for industries such as tanning through big names such as Dunn’s Tannery and distilling through families such as the Hewitts. The leather industry at one vibrant in Blackpool with no fewer than 46 tanyards at work there in 1837 giving employment to over 700 hands and tanning on average 110,000 hides annually. Blackpool also has other messages about relief in the form of the former Poor House site at Murphy’s Brewery to Madden’s Buildings to highlighting the work of Ireland’s social reformers through street names such as William O’Brien, Gerald Griffin, Daniel O’Connell and Tomas McCurtain. All these messages inject the place with memories of difficult times but also times of determination to survive against the odds.

See you on the tours! 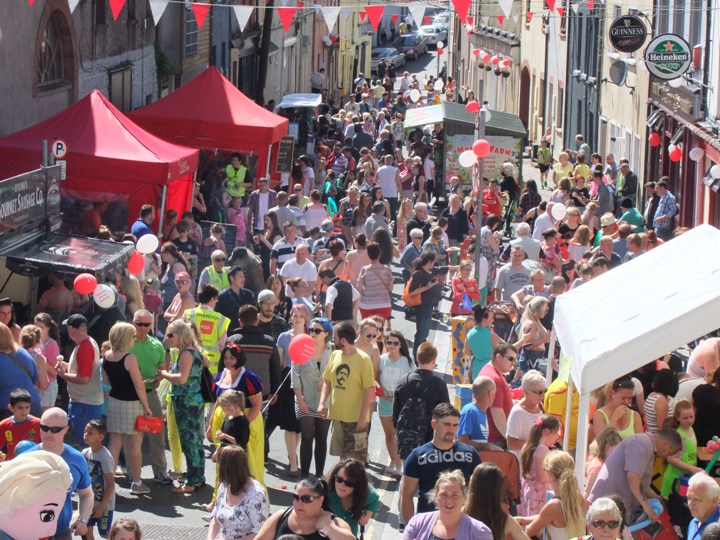