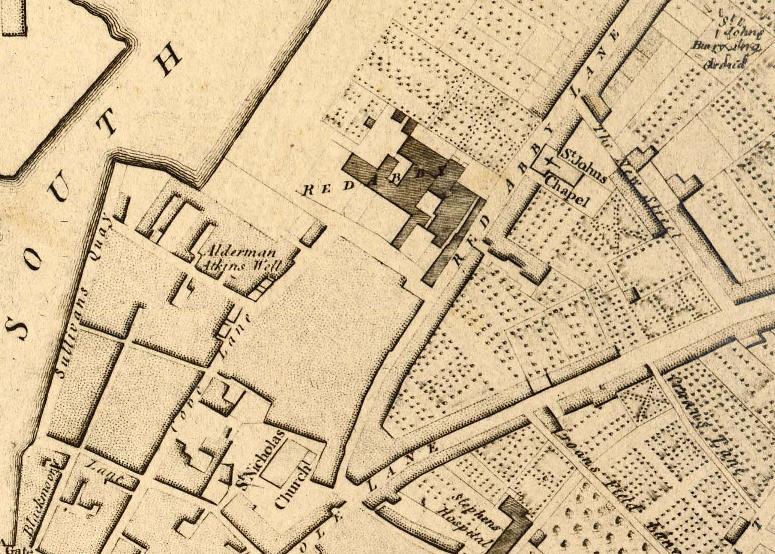 Inscribed in Stone at Red Abbey

Following on the Augustinian Red Abbey story from last week, the City is lucky to possess such as an old tower. Post the heyday of the abbey, during the year 1724, at a time when the penal laws were in full flow by the British government, an Augustinian provincial chapter was held in Dublin. At this event, there was a review and revision of the Augustinian Constitution. It was decided to re-organise twenty two houses of which Red Abbey was one of them. A government report in 1731 outlines a friary in Cork City but gives no details of its whereabouts. It was only in March 1744 that a government report on the State of Popery described a new friary in existence in a lane called Fishamble Lane.

Fishamble Lane no longer exists but in today’s terms was located near present day Liberty Street. Three Augustine friars are said to have resided at this small friary. The names recorded were John Casey, Laurence O’ Toole and Augustine Byrne. A Cork City map drawn by cartographer, John Rocque in 1759, shows clearly the site of the friary. It is located hidden amongst the various other lanes that existed within the old city quarter. On 20 November 1780, the foundation stone of a new Augustinian priory was laid, which was replaced by the present church on the corner of Washington Street and the Grand Parade during World War II.

By the mid eighteenth century, parts of the buildings of Red Abbey were used as part of a sugar refinery. This refinery was burnt down accidentally in December 1799. Since then, the friary buildings with the exception of the tower have been taken down piecemeal. The tower is maintained by Cork City Council who were donated the structure by the contemporary owners in 1951 and also own other portions of the abbey site.

In an archaeological sense, Red Abbey has been the focus of attention for over two centuries from John Windele in 1844 to contemporary Cork City Council Archaeologists. In the early half of the 1800s, it was recorded by John Windele that a Rev. England from Passage possessed an altar stone belonging to the Red Abbey’s church. It was described as a small square slab of marble on which were cut four crosses, the letters I.H.S. and the date 1648. On the edge of the four corners of the slab stone were crosses within circles. The slab stone itself was reputed to have healing powers. Rev. England also had in his possession a silver remonstrance or chalice belonging to the church. In addition, Windele described that a Mr George Martin from Cork possessed an old oaken chimney-piece with figures of archers on it from the Augustine Church as well.

Three excavations have been completed at Red Abbey in the last twenty-five years. The first took place in May 1977, when a section to the west of the remaining tower, now an amenity square was excavated. Twenty-five burials were uncovered skeletons were discovered and these showed burial spanning a number of years. However, it was suggested on examination that they were inserted under the former grounds of the abbey after its demise and that they date to post seventeenth century. A single piece of French Saintonge medieval pottery was found along with seventeenth, eighteenth and nineteenth century pottery. Approximately three hundred pieces of lead shot were also recorded and were suggested to be used during the Siege of Cork in 1690. In April 1992, another excavation took place, this time to the north of the tower. Here two medieval walls were discovered along with a medieval floor surface and associated pottery dated to the mid thirteenth century. The third excavation took place in 2000 when further medieval walls were uncovered.

It is also alleged that there are vaults or buried rooms situated at the south of the tower but are as yet unexcavated. Sometime in the early 1800s, a restless horse on the grounds of a yard in Cove Street poked his foot through the ground. On investigation by the owner a John Sisk, underground passages were revealed that had brick arches. A story at the time relates that a dog ran barking after a rat through one of the passages heading in the direction of Red Abbey. The dog got home safely but not by the way he had entered. Thus, there was another exit somewhere. It is recorded at the time of discovery that cartloads of bones with no skulls were taken out. It was argued by the people present at this discovery that these were the mortuary vaults of the abbey.

In the last 1920s on the western corner of what is now the Red Abbey plaza Paddy O’Sullivan, of M & P O’Sullivan set up a tobacco factory in Cork. Pat O’Sullivan and Gerry O’Mahony, a long serving member of the Company traversed the country from Clonakilty to Wexford buying up and selling as much tobacco as financially possible. The store on Mary Street was filled up to the ceiling with tobacco. The company in time became the imminent M & P O’Sullivan Cash and Carry.

See www.corkheritage.ie for a historic trail around the south parish including the Red Abbey site

796b. Red Abbey, present day from a side profile, old walls and tower to be seen (picture: Kieran McCarthy) 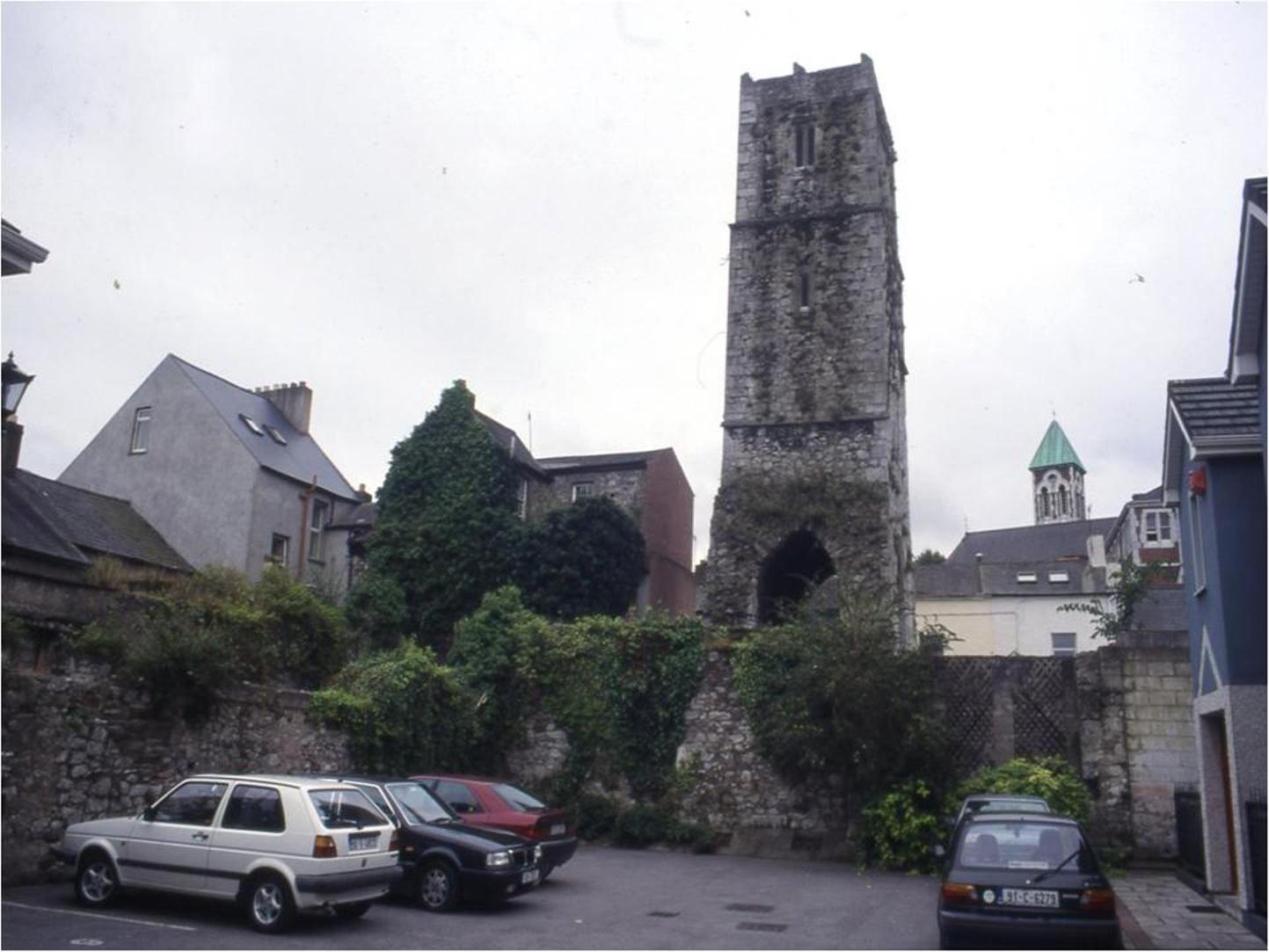