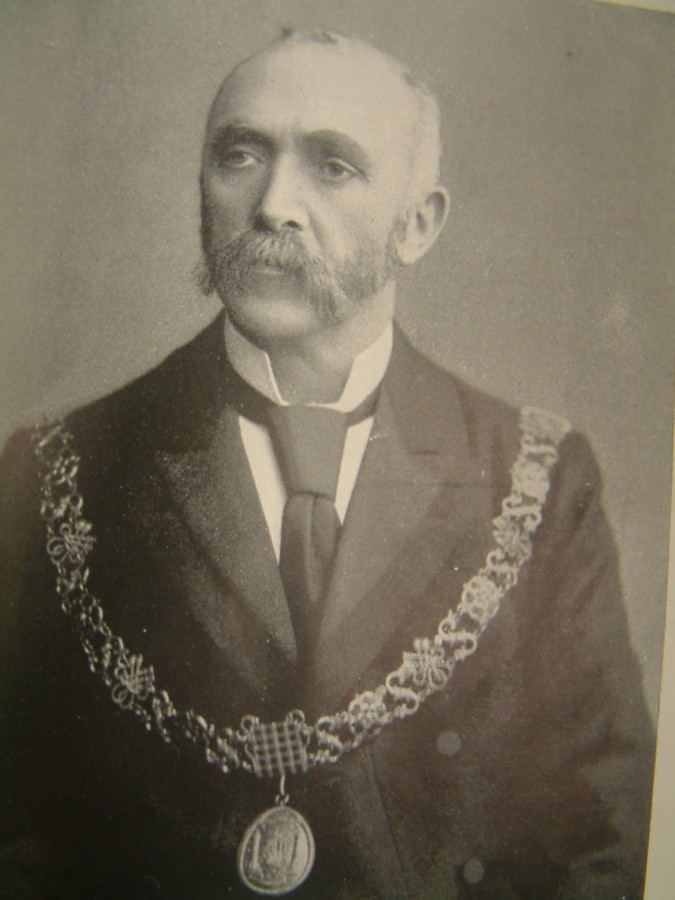 In a wide-ranging interview published on 3 February 1920 in the Cork Examiner senior councillor of Cork Corporation, 70-year old Sir Edward Fitzgerald of the Irish Parliamentary Party, is still hopeful but with a hint of political battle weariness. Being involved with Cork Corporation since the 1880s his voice consistently echoes through the Corporation’s minute books raising pertinent questions about the future of the city and about the city’s most acute social problems. As a builder and contractor in Cork, many of his contributions focus on issues such as the need for affordable and decent housing to replace some of the city’s most atrocious slum-ridden areas, the need for affordable rent fair rent, the need to promote Cork in Ireland and within the British Empire and the need for public spaces such as parks to walk in.

Edward took an active part in municipal affairs and was also a member of the Cork Harbour Board, the Board of Guardians, and many social and political societies. He also filled the office of High Sheriff in 1880s. At the time of the Parnellite split he threw in his lot with the anti-Parnellites. He unsuccessfully contested North Cork City in 1910 as an Independent candidate against Mr William O’Brien and Mr George Crosbie. A decade later – once more a Nationalist member – he witnessed the demise of the once powerful Irish Parliamentary Party at the hands of Sinn Féin in the Cork Corporation Local Elections in January 1920. No more did his party have a majority but looked on as Sinn Féin took control over Councils up and down the country.

Edward was elected Lord Mayor of Cork City in 1901 and held the position for two further years. In 1902 Edward took a prominent part in organising the Cork International Exhibition, which proved a remarkable success. As Chairman of the Executive Committee he travelled throughout Ireland and Scotland collecting funds for the project. The exhibition won additional fame through a Royal visit in 1903 from King Edward VII on which occasion the King conferred a baronetcy on Edward. So great was the success of the exhibition that it was continued a second year. After the exhibition the grounds were converted into a fine public park, which was given the name of Fitzgerald Park in honour of Sir Edward.

In Edward’s February 1920 interview he is quick to note the principal issues of living in southern Ireland in his day – a region steeped in age-old land agitation and the ongoing quest for fair tenure and rents, the need to harness national industrial resources, the call to build more housing, solve poverty as well the alcohol abuse and mental health problems of the day.

In the course of his remarks, Edward observed upon agricultural labour in Ireland; “I am a few years beyond the allotted span, that is seventy years of age, and, therefore, 1 have a very great knowledge of both country and city life. I lived in the country until I was twenty four years of age, and I have a very clear recollection of the conditions that prevailed amongst the agricultural communities at that time. The labourers and the great majority of the farmers were then, what I say with truth term, white slaves. The land laws that were then in existence enabled the owners of land to look upon the land as if it was their own and made for their own use and benefit, and also that the tenants and their families, that they placed on the land, were for their own use and benefit”.

The conditions that then prevailed are, Edward was glad to say, had changed, but those conditions were only changed after years of agitation; “the change came, and I will say no more about it because I don’t wish to refer to the past or to try and stir up any old sores. After the great land agitation that raged acutely for forty years it was expected that peace and contentment would be the lot of the people of Ireland, but I regret to say that in the settlement affected at the time there was one class left out in the cold, and that class is the labourers of both the country and urban district”.

In the interview Edward asked that citizens travel the Lee Valley from Macroom to Cork and see the great number of labourers’ cottages, which, certainly he deemed a great improvement on the state of things and far cry from “only mud cabins, with pools of stagnant, water in front of them”. Attached to them were small patches of ground, in which the occupiers grow a little potatoes and vegetables.

Edward’s remarks concluded that those struggling to find accommodation could be given a house to rent with five acres of land for food allotments, and such land should be bought by government from farmers with large acreage in the area, across the Lee Valley. In essence, he wished for the mass expansion of the model cottage scheme, which was so successful in the Cork Rural District Council. It is unrecorded what the Westminster government official line was to his suggestion as the IRA attacks on regional RIC barracks consume the news columns of the regional newspapers with the advent of Spring 1920.

Members of Cork City Council have been given an update by officials on the city’s revamp of its wayfinding narrative and the outcome of a recent national funding call. Independent Councillor Kieran McCarthy noted: “there are many tourist signs around the city centre that are dated and run down and which have not been replaced in 2-3 decades; many tourists are unable to navigate the signage currently in the city centre. Currently there are few useful orientation tools at arrival points in the City or city wide and the signage that does exist is scattered and fragmented. The highly walkable nature of the city is not apparent, and visitors can be unaware of all that the City has to offer”.

In December 2019 Fáilte Ireland announced details of those cities and towns, which were successful in their applications under its “Destination Town” funding scheme, which seeks to drive a greater regional spread of visitors and revenue across the country by helping to boost the tourism appeal of cities and towns. Each of those areas selected, including Cork City, will receive between €400 000 – €500 000 to support the implementation of their projects. The final amount of funding is expected to be confirmed in January 2020.

In Cork City the funding will support the development and roll out of a new visitor orientation and wayfinding scheme. Cork City has a compelling year-round offering to international visitors, with a quirky café culture, thriving arts scene, vibrant year-round festivals, a vast array of accommodation and intriguing cultural offering. However, the city centre’s unique island layout, with river channels to its north and south, makes orientation more challenging for visitors.

This project will develop orientation and signage which is unique to Cork and imbued with a distinct sense of place. Visitors will feel welcome, and will find it easy to get around, understand what is available to them within walking distance, or by bicycle or public transport. The incorporation of interpretation, storytelling and animation will enable visitors to understand the city’s maritime character and heritage and understand the sense of place.

– establish a network of highly visible points throughout the City for pedestrians to orientate and gain insight into the layout of the City. Visitors will be able to easily determine their current location, their on-going journey and continue to explore with confidence.

Cllr McCarthy noted: “The elements of the project will deliver a network of totem and fingerpost signs, located at key arrival and decision-making points throughout the City. Totems will provide key orientation and wayfinding information together with graphic panels. Funding is also being sought from the NTA to support the implementation of this project”.

An update on the development of a large-scale visitor attraction for Cork City has been given to members of Cork City Council. Independent Cllr Kieran McCarthy has long been an advocate of a large-scale visitor attraction in the city’s dock’s area; “I have regularly called for something to be done with the old Odlums building on South Docks, which has much character and is just sitting there being allowed to decay. It seems there is more willingness in the last few months to develop a maritime-themed visitor centre”.

Last year a process of engagement continued with the elected members and leadership team of Cork City Council, facilitated by Fáilte Ireland and tourism experts. All wished for the development of an iconic, family friendly visitor attraction that reflects the maritime heritage of the City.

In recent months, the site of the former bonded warehouses of the city’s historic custom house has been identified as one possible location for such an attraction. As part of their plans for the site Tower Holdings expressed their wish to develop a heritage facility and Cork City Council officials have been working with the company to explore possible funding sources.

An application has been submitted to Fáilte Ireland under its “Platforms for Growth” capital investment programme which seeks to support major new visitor attractions of scale. Authentically located in the historic bonded warehouses, the project would deliver an interactive, immersive visitor experience that shares the unique story of a people and place connected and shaped by their relationship to the sea, from past to present to future. It will also look outward to a world that has influenced the city and which it, in turn, has influenced. The attraction would feature a strong infusion of science and technology, looking not just at the past but also integrating the present and future, partnering with third level institutions to present pioneering maritime research which could address global issues.

The application process involves multiple stages and has been highly competitive, attracting the largest number of applications ever received by Fáilte Ireland. The Cork City maritime heritage attraction application has now been approved to progress to Stage 3 of the application process, where applicants must demonstrate the commercial potential, economic viability and financial sustainability of the proposed attraction. It is still an ongoing competitive process and Failte Ireland envisage that only a small number of strong applications will be brought forward following the Stage 3 process.

Cllr Kieran McCarthy highlighted: “It is great the there is a proposal for the bonded warehouses, which are almost two hundred years old and for me are important to mind. I wouldn’t like the city’s north and south docks be fully developed with their rich history of the Docklands consigned to just a footnote in Cork’s past. There are layers and layers of docklands, which need to be explored”.