Footprints of a Free State

Of all the places, I have passed through in the Lee Valley, one of my favourite sites is the Lee Fields. I have often walked the length of the footpath along the river running parallel to the Carrigrohane Straight Road and marvelled at the natural slow if hypnotic view of the river. To me, the Lee Fields is an important cross-road where the River Lee’s natural wilderness and the urban wilderness of the City collide.

The contrasts are extensive. One view is of the River Lee and its part of a large flood plain, shown regularly when the fields are waterlogged during Ireland’s rainy conditions or when the dam at Inniscarra is forced to release reservoir water. The other view is of Cork’s and Ireland’s most impressive buildings such as the Waterworks, Our Lady’s Hospital and the County Hall. There seems to be a playfulness here between the scenery versus harnessing the power of the place to construct monuments such as the latter buildings to the serve the people.

The Carrigrohane Straight Road was built circa the late 1830s and early 1840s. Earlier maps such as Taylor and Skinner’s Maps of the Roads of Ireland (1776) or the Grand Jury map of 1811 do not show any track or path in this area. However, the first edition of the Ordnance Survey Map (1841-42) shows that work was in progress on the new road linking Cork City with Carrigrohane and Leemount Cross. The Straight Road seemed to be built by 1842. The section as far as Leemount Cross (including Leemount Bridge) may not have been completed until during the famine (1845-50).

The earliest known attempt to harness the Lee Fields for a mixture of business and leisure came through the construction of the holding of the Irish Industrial and Agricultural Fair in 1932 in the southern section of the Lee Fields, south of the Straight Road. A lesser known exhibition in the history of the Exhibitions in Cork, it became the fourth attempt (1852, 1883, 1901/ 2, 1932) within eighty years to showcase Cork and its assets on a national and international stage.

By 1931, Cork Corporation and business leaders, ten years on from the War of Independence, had invested much to reconstruct the city centre as the burning of Cork in December 1920 had destroyed many buildings. The resulting compensation the Corporation of Cork received for the damage to City Hall they chose to invest in trying to alleviate the poverty of one ninth of the city’s population, 2,400 families who lived in slum like conditions.  A total of 468 social housing units were constructed between 1926 and 1932 in Turners Cross. This was followed by the construction of a further 500 housing units in Gurranabraher. This vision was driven by Philip Monahan who served as City Commissioner and then as City Manager in Cork from 1924 to 1959. Philip Monahan did much to bring the city forward away from the horrors of the War of Independence and Civil War and to address the some of the pressing needs for social reform especially through the provision of social housing.

The need for reinvention though seems to echo through the general history of the early Free State. Dermot Keogh, retired Professor of History in UCC in his works on early years of the Free State, points to a country trying to return to normality and trying to nurture a calmer patriotism. Under the darkness of Michael Collins’s death and bitter memories of the civil war, the enormous task of state-building was begun by William T. Cosgrave and Cumann na nGaedheal. They put down the foundation stones for the establishment of a liberal democracy and of the institutions of the state – parliament, executive and judiciary.  They attempted to achieve rapid and radical social reform but international issues prevailed.

Emigration continued, 220,591 leaving Irish shore for the US between 1921 and 1930. Those numbers were reduced totally only when world depression hit in the late 1920s with the Wall Street stock market crash. The theme of emigration and the need to harness the assets of Ireland inspired the creation of the Irish Industrial and Agricultural Fair 1932 on Cork’s Lee Fields, which sought to benefit Ireland’s employment prospects and agricultural progress. 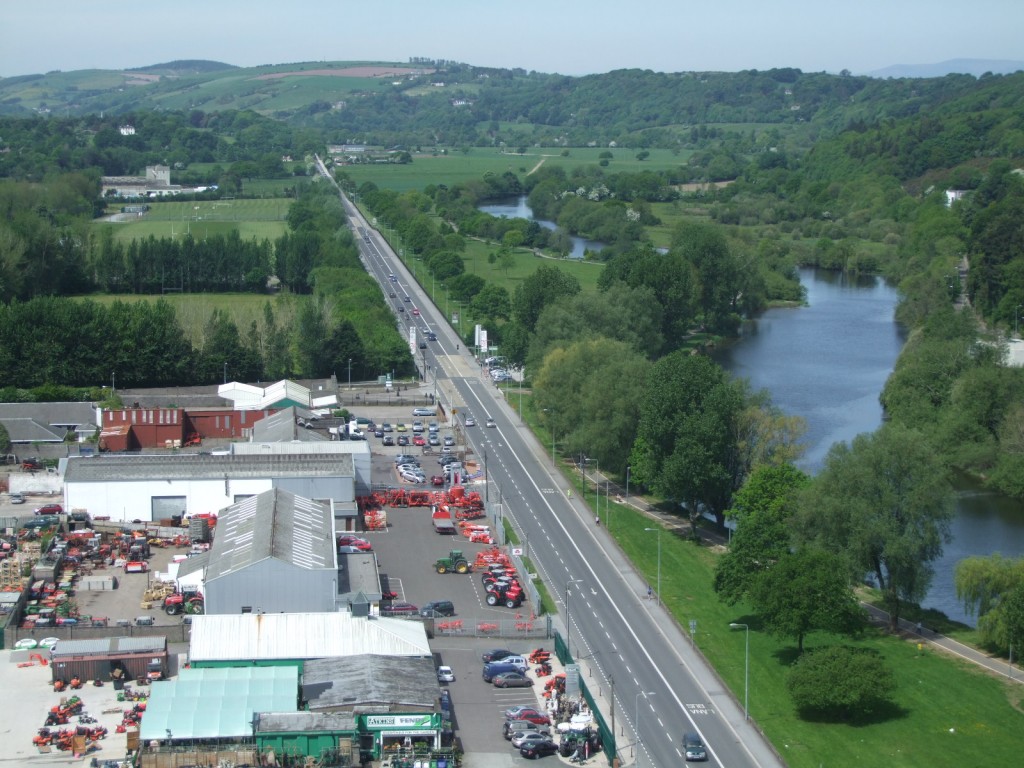